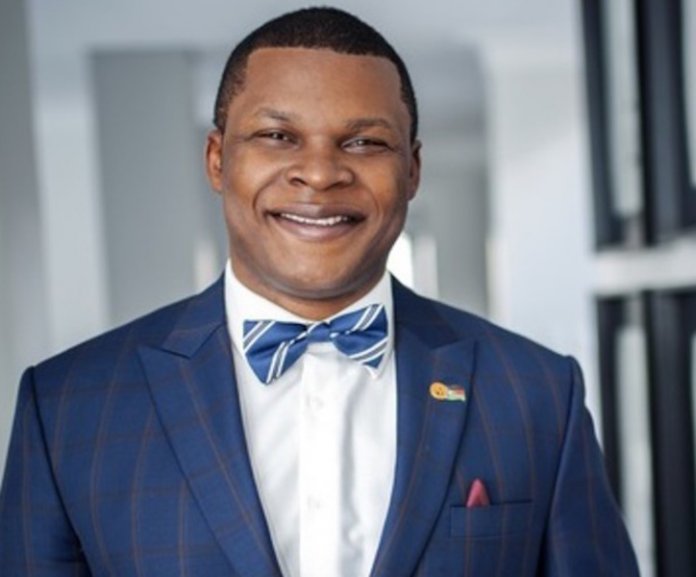 In December, I was accompanying OPEC Secretary General Mohammed Sanusi Barkindo and Africa Oil and Power CEO, Guillaume Doane, on a working visit to Angola. This is an oil market that has been under a lot of scrutiny by many industry players and there is no question that Angola’s oil sector is at a time of transformation. It is now clear that when President João Lourenço’s promised he would clean the country’s administration and revamp its economic engine, namely the national oil company Sonangol, he meant business.

Certainly, his plans are driven by a medium to long-term vision of diversifying the economy from oil, but in a nation so dependent on the black gold for its economic lifeblood (oil accounts for as much as 90% of Angola’s exports), it is in the oil industry that the funds for developing other sectors will be found.

Since his term in office started in the Summer of 2017, the administration of nearly every national strategic asset has been changed. Particularly in Sonangol, the leadership of Africa’s richest woman and the daughter of former president José Eduardo dos Santos, Isabel dos Santos, has been replaced by an oil industry-savvy technocrat named Carlos Saturnino, which has over 30 years of oil industry experience within Sonangol’s core businesses.

This is a man much less likely to spend the company’s resources in questionable investments in healthcare, hospitality, aviation or sports clubs, than previous administrations of politically-charged leaders have been, and which has led to Sonangol’s current dire financial situation. Further, the new Minister of Oil and Mineral Resources, Diamantino Azevedo, announced, last September, that fifty-four concessionaires under the Sonangol umbrella were to be privatized in the run up to 2022, in order to shed costs, reduce operational complexity and allow the national oil company to focus on its core business.

Earlier in the year, the government announced a full revamp of the country’s legal framework for the oil and gas industry, which would include the landmark decision of striping Sonangol from its role as oil block concessionaire. That responsibility will pass to the newly created National Agency of Petroleum and Gas, a migration of duties that should be concluded during the second quarter of 2019. The decision puts an end to decades of conflict of interests between Sonangol’s role as an oil and gas operator and concessionaire of oil and gas blocks.

Further, over the last eighteen months, the government has put in place official policies that have largely simplified investment in the hydrocarbons sector, clarified and brought transparency to the rules applicable to bidding rounds and public tenders, and introduced the country’s first comprehensive antitrust law, in a row of decisions that is dramatically changing the industry’s landscape. In all, the decisions taken over the oil and gas sector sound like a housecleaning operation and will hopefully see Sonangol quickly become more efficient and focused on its core business. However, that will not be enough.

The first eleven months of 2018 saw Angola make more money from oil than in any of the previous four years, at the tune of USD$8.7 billion. While that goes some way into helping the country’s economy as a whole, those results can not be attributed to the recent reforms in the sector. The rise in oil prices witnessed in the run up to November 2018 justified most of the gains. Actually, November 2018 marked the highest price per barrel of Angolan oil (nearly USD$80) since November 2014. The average sales price in the year up to November stood at USD$70,82, while the national state budget had been built on an expected average price of USD$50 per barrel for the year. This represents welcome news for this cash-strapped economy, but it can also be misleadingly positive. While the income is rising, production is declining. 2018 marked the first time Angola’s average daily production stood below the 1.5-million-barrel mark in over a decade.

The lack of investment in exploration witnessed in the wake of the oil price collapse in 2014 (which resulted in a drastic decrease in exploration wells that culminated in a zero count for 2018) means that there are no new projects and reserves to replace the declining and ageing active oil fields. João Lourenço and his cabinet needed to get to work in order to attract investment and revamp the industry.

In part, this work will take the form of the Angolan Marginal Field Bid Round of 2019, the first bid round in the country in over 8 years. As the new investment attraction policies slowly start to impact the sector and again bring the industry’s big players into the country’s least charted waters, the new legal framework created to facilitate the exploitation of the country’s marginal oil fields will go a long way in slowing down the declining oil production. At the same time, Sonangol has drafted an ambitious plan to develop its downstream sector. After securing a USD$200 million financing package to quadruple the capacity of the Luanda refinery, it is now in the last stages of contracting the construction of two new refineries, one in Lobito and another in Cabinda. These projects will help address the long-standing issue of fuel imports, which today account for 80% of Angola’s fuel consumption.

These are long-term plans to address some of the country’s most structural issues, which have prevented it from rising as a wealthy nation despite its immense natural resources. At the same time, Sonangol has been signing deals in recent months with the likes of BP and ExxonMobil to streamline development in a number of offshore oil fields. These deals have been facilitated by the renewed confidence these companies feel in the Angolan oil landscape. The words of BP CEO Bob Dudley, in December, when the two companies agreed on the joint development of block 18, are telling of this brighter vision for the sector. “I would like to thank President Lourenço, the government and Sonangol for their vision, leadership and drive to improve the industry’s competitiveness and encourage new investment”, he said in a statement.

Another factor underlying optimism for the future of the industry is the reviewed natural gas policy. Up until now, Angola’s hydrocarbon licenses referred solely to crude oil resources. Sonangol is technically the owner of all of the country’s natural gas resources, which are considerable. However, the national oil company has never really explored those assets, preferring to focus on the more profitable oil reserves. This will now also change, as a new policy will give license-holders control over the natural gas resources within their licenses, which could see a renewed expansion of the sector beyond the single standing LNG train of the Angola LNG Project, in Soyo. This intent was further reinforced by Angola’s ascension as a member of the Forum of Gas Exporting Countries in December.

Finally, after being at the brink of bankruptcy, Sonangol seems to be threading a more sustainable path, having secured the USD$1 billion loan it needed to finance its restructuring plan in December. In many more ways than one, the transformations we are witnessing in the Angolan oil sector are bound to propel the country into a level of development and sustainable economic wealth it has never seen before. If these measures are sustained in time, Angola will undergo a de facto transformation for the better and many oil leaders have already voiced their approval for these transformation. In that sense, we make ours the words uttered by His Excellency Mohammad Sanusi Barkindo, Secretary General of the Organization of the Petroleum Exporting Countries, in his visit L to Luanda at the end of 2018: “we congratulate the government’s heroic efforts to reform the industry. These are the right reforms at the right time. We […] applaud these reforms”.

*NJ Ayuk is founder and CEO of Centurion Law Group and the executive chair of the Africa Energy Chamber of Commerce (AEC).