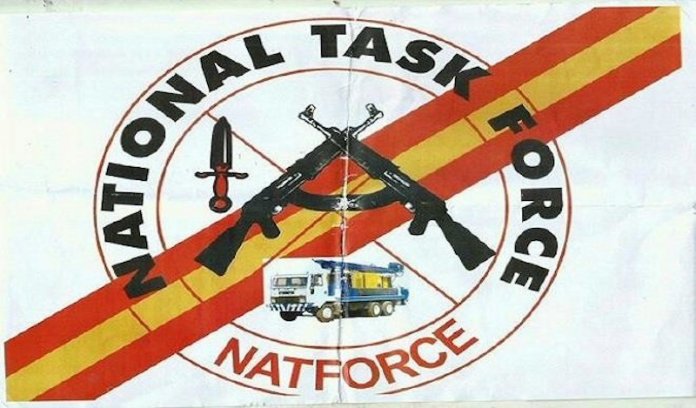 Serving governors and other political stakeholders have been accused of stockpiling arms and ammunition ahead of the general election in the country.

The Director General of National Taskforce on Small Arms, Light and Chemical Weapons ( NATFORCE), Dr Emmanuel Okereke, who raised the alarm, said the alleged stockpilling of ammunition by desperate political players ahead of the poll which is about 30 days away, was facilitated by the porous nature of Nigeria’s border and non existence of a specific body to tackle the menance.

“Due to lack of a legally established specific body or commission as obtainable in 14 out of the 16 countries in the West African Subregion, all manner of ammunition have been illegally brought into the country ahead of the coming elections by high class political players including some state governors”, he said.

According to him, for Nigeria to effectively tackle the menace of proliferation of ammunition in the country with its attendant crimes, a National Commission for the Prohibition of Illegal Importation of Small Arms, Ammunition and Light Weapons and other related matters, must be established as already done by other West African countries except Nigeria and Gambia.

The Commission, he added, was recommended for all West African Countries through a resolution passed to that effect by the Economic Community of West Africa States ( ECOWAS) in December, 2017 .

“Unfortunately, while 14 out of the 16 member sub regional body have complied, Nigeria and Gambia are yet to do the needful in that direction,” he lamented . Okereke explained further that even before the ECOWAS resolution, a bill for the establishment of such commission had long been sponsored by his outfit called National Taskforce.

The bill which is currently before the 8th Senate, has passed second reading in the House of Representatives but not yet in the senate, having failed to scale through the required legislative processes in the 6th and 7th National Assembly .

The Commission when established, he added, would not be a burden on the finances of the country but a revenue generating one.

He therefore called on the Senate as it resumes plenary on Wednesday, to fast track legislative business on the bill for the commission to be in place as soon as possible .