The Peoples Democratic Party Presidential Campaign Organisation (PPCO) has accused President Muhammadu Buhari and the All Progressives Congress (APC) of desperation to rig the forthcoming election, predicating its accusation on the current attempt to forcibly remove the Chief Justice of the Nigeria, Justice Walter Onnoghen, and other undemocratic activities by APC-led government.

Also, the presidential candidate of the party, former Vice President Atiku Abubakar, and the National Chairman of the party, Prince Uche Secondus, at two separate presidential rallies in Ekiti and Ondo States yesterday, urged the people to be ready to vote PDP and defend their votes.

The Director of Media and Publicity, Mr. Kola Ologbondiyan, in a statement yesterday in Abuja, said it was despicable that rather than retracing their steps from the ignoble act against the CJN, after the spontaneous public outrage that trailed the ‘’shameful act’’, the APC and the Buhari presidency are attempting to blackmail Nigerians, who condemned the assault on the judiciary, as being sympathetic to corruption.
He stressed that it was now crystal clear to all Nigerians that apart from failing woefully in all its promises, the APC and its presidential candidate, Buhari, are beginning to manifest their autocratic attributes.

According to him, “It is important to restate that the Buhari presidency is now a refugee camp for known and well-advertised faces of corruption. From the factional National Chairman of the APC, the co-chairman of the Buhari campaign Organisation, the Director General of the Buhari Campaign, the zonal directors and to the recent entrants from Bauchi and Gombe States, all leaders of the APC and Buhari campaign structure are all candidates of the Economic and Financial Crimes Commission (EFCC).”

Ologbondiyan noted that the presidency and APC, in this venture, have exposed their desperation to subdue and annex the judiciary, particularly, following increasing agitation by Nigerians for the prosecution of President Buhari’s cronies and APC leaders over exposed corruption.
He stated, “The Buhari presidency and APC in turning around to fight Nigerians have further exposed their desperation to replace Justice Onnoghen with a pliable CJN, who will execute their plots to use the courts to detain opposition leaders, as well as vocal members of the civil society during the elections.

“The Buhari presidency is not only corrupt but has become an asylum for corrupt people. The PDPCO therefore challenges the APC and the Buhari presidency to name one APC member that has been investigated, prosecuted or arraigned before any court of competent jurisdiction in the last three and half years in spite of their humongous corruption.
“If for anything, President Buhari has encouraged corruption in our nation more than any president that had the privilege of governing our country, Nigeria.”

Atiku, while addressing the party supporters at the Ado Ekiti Sports Stadium, and M.K.O. Abiola Democracy Park, Akure, said the people should resist any attempt to steal their votes.
He stated, “They stole your votes here, and in Osun States last year and we are still in court, don’t allow them repeat it again this time. After stealing their job, APC is now planning to steal their votes, but they must not allow it.
“They are not talking to you, they are not campaigning because they have nothing to show but they are planning to steal your votes and you must not allow them.”

Also speaking at the rallies, the National Chairman, Prince Uche Secondus, said that APC must be voted out because the president is sleeping in the Villa while the country is collapsing.
He stressed, “The economy is collapsing, no food on the table for the hardworking Nigerians, insecurity all over the place because the president is sleeping, working only three of the 24 hours in a day.
“The president has sourced out the presidency of the country to college of selfish persons operating as cabals and who are only interested in their private gains.”

Meanwhile, party yesterday named a former governor of Jigawa State, Mallam Sule Lamido, former PDP National Chairman of PDP, Senator Ahmed Makarfi, Speaker of House of Representatives, Hon. Yakubu Dogara and the Deputy Senate President, Ike Ekweremadu, as Technical Advisers to its presidential candidate, Atiku Abubakar.
The main opposition party also named Lamido as the Chairman of Elder’s Council for the campaign, while Alhaji Kawu Baraje has been appointed Technical Adviser to the Director General of the campaign, Senator Bukola Saraki, while Dr. Doyin Okupe is named the Media Adviser to the Director General.
In another development, 140 out of the 145 support groups that withdrew their support to the Atiku have returned to the PDP after a brief foray in the APC.

The Coalition of Atikulate Leaders Forum, at a press conference held at the party’s presidential campaign headquarters, Abuja, yesterday announced their return to the party and their collective resolve to end their support for the APC and its presidential candidate, President Buhari.
Its National Coordinator, Mr. Franklin Eze and National Secretary, Mr. Oyegoke Olawale, said that the coalition has resolved to put their grievances behind, explaining that the ruling party and its government have no respect for democratic institutions
The coordinator dissociated the coalition from what he described as self-serving activities of a few members who may still be working for the ruling party despite the retreat. 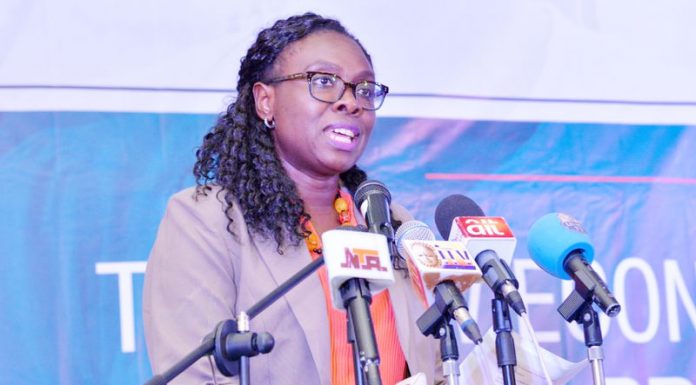