Jonathan Eze
The AtikuObi Vanguard Nigeria 2019 has commended the Federal High Court in Abuja for stopping the Federal Government’s plan to arraign the Chief Justice of Nigeria, Justice Walter Onnoghen, before the Code of Conduct Tribunal.

In a statement on Tuesday jointly signed by the National President of the Group, Hon. Oby Nwaogu and the Delta State Director of the group, Mr. Umukoro Okpako Jonathan, the group commended the court for stopping the arraingment of the CJN describing the Federal Government action as hasty and without following due process.

“We are seriously concerned about the spate of lawless acts being carried out by the FG especially the onslaught against other arms of government, an act not considered by the authors of the constitution.

“We frown at the entire episode as it tends to denigrate not only the Judiciary but also the Constitution of the Federal Republic of Nigeria. For the sake of our democracy the independence of the judiciary of any nation cannot be overemphasised as it is the life wire that ensures the rule of law and guarantees the fundamental rights of citizens. No country can function well if her judiciary is denigrated and held in contempt.

“We therefore urge all parties to maintain status quo pending the determination of the suits before the Federal High Court.” the statement read. 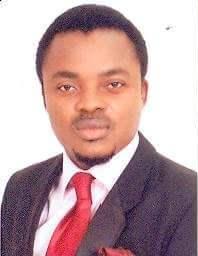 Federer Out of French Open with Knee Surgery