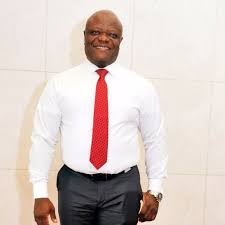 Dr. Abiodun Adeniyi, Senior Lecturer in Mass Communication at Baze University, Abuja fields questions from Nseobong Okon-Ekong on why it has been difficult to grow a third political group with wide-spread popularity

What accounts for the proclivity towards a two-party system of government in Nigeria?

Proclivities are tendencies that emerge largely unconsciously. The first time we were going to be conscious about it was during the tele-guided transition of the military President Ibrahim Badamosi Babangida, when we had the National Republican Convention (NRC) and the Social Democratic Party (SDP). That system partly collapsed because it was not organic, besides fact that the midwife was not sincere. What we seem to be having now is an unconscious variant, which might also mutate at some point into something else.  I do not also believe the present arrangement can be cast in stone, because one of the so-called behemoths is a merger, which sends an instruction on the possibilities of other mergers that could dislodge the seemingly dominant two. The so-called proclivities are therefore fluid, transient, and shifty, especially if you factor in the constant encamping and decamping of partisans from all the hues.

Why has it been difficult to grow a third political group with popularity that cut across?

Growing a political party structure is extremely involving financially. The pit for the funds is bottomless. Political expenditures are like gambling. You cannot be too sure. It is the reason why anyone with genuinely acquired resources would be circumspect deploying his/her funds into a political process. If you take a critical look at the major political parties, you will see that they grew and have thrived through illegal state funds. The state funds are not also easily available. It is in the hands of either those who have been in power or those who are still there. If you have never been in power, you may not be ready to plunge hard-earned resources into funding an imprecise political process that building and maintaining a party structure entails. This is not to say that plunging hands into state resources to funds political parties is the ideal, but just arguing that our political culture is still problematic to the extent that state resources are seen from the angle of “wasteable” resources, or as resources, you can gamble with. Again, Babangida wanted to address this during his transition when he funded the groups, but the question was insincerity. Perhaps, we could outgrow this with time, or we can evolve in accordance with our realistic political persuasion, which might as well be two party system.

Does the two-party not challenge the notion that Nigeria stands on an ethnic tripod of Hausa Fulani, Igbo and Yoruba?

The so-called two party systems, which I have said is not necessarily cast in stone, can also be good from the angle of challenging the tripodal ethnic assumption of the Nigerian state. Even though the fallacy is real that we sit on a tripod, the evolution of our politics has thus far signpost a tendency towards the organic. However, remember an organic growth is simply natural, living and much more realistic, but not necessarily rigid, absolute or rock-solid. It is as well subject to gestations and other forms of changes around growth, which is why we should be circumspect in celebrating any suppose proclivity in politics.

What is the often talked about Third Force in Nigerian politics? What does it really mean?

The third force speaks to what we have implied all day. It envisages the possibility of another group or groups challenging the dominance of the notable two. The third force is the alternate force separate from the well-known forces. Call it a C force and you would be right, but note that the C force can also grow to be an A or a B force, just as the B force became an A force in 2015.

Can you trace the attempt to form a third political force in Nigeria? Why has it not been successful?

I doubt if we can be absolute in understanding this. Nevertheless, it underlines the factor of political character. It also depends on the time of our history you are referring to and what your yardstick is. Because it could well be argued that, there was a third force in the first and second republics. In those republics, the processes were natural, but could not unfortunately grow. In the botched Third Republic, it was decreed by the military that a third force should not be in place. Perhaps the story would have been different. In our present circumstance as well, we may not absolutely deny the forces represented by Candidates like Gbenga Olawepo-Hashim, Kingsley Moghalu, Oby Ezekwesili, Omoyele Sowore, amongst others. Olawepo-Hashim has particularly being celebrated as the Third Force candidate. These features cannot be undermined on the altar of a nebulous construction of a two party system.

Who is the emerging political Third Force in this dispensation?

I supposed I have also hinted at it in my last response. We can argue that the emerging forces can be represented from two perspectives. The first is the trend of the youthful and somewhat much more urbane, contemporary candidatures of Olawepo-Hashim, Ezekwesili, Moghalu, Sowore, and Fela Durotoye, and some others. These ones are relatively young, vibrant, and forward looking, besides fact that they represent the growing trend of youth leadership that is gaining grounds in sections of the world. Their coming out is sending a message to the older, traditional and more entrenched club of leaders that the future is going to change. The second trends I can see are the equally educated, informed and futuristic set of leaders. They are older, and obviously belong to a former generation, given their past exposures. I will put Profs. Jerry Gana and Yemi Osibajo in this class. Then add some former governors like Donald Duke and Orji Uzor Kalu and you will not be wrong. We can therefore look at the emerging political trends from the angle of the individuals or from the trend they represent. Definitely however, time will tell how this pans out.