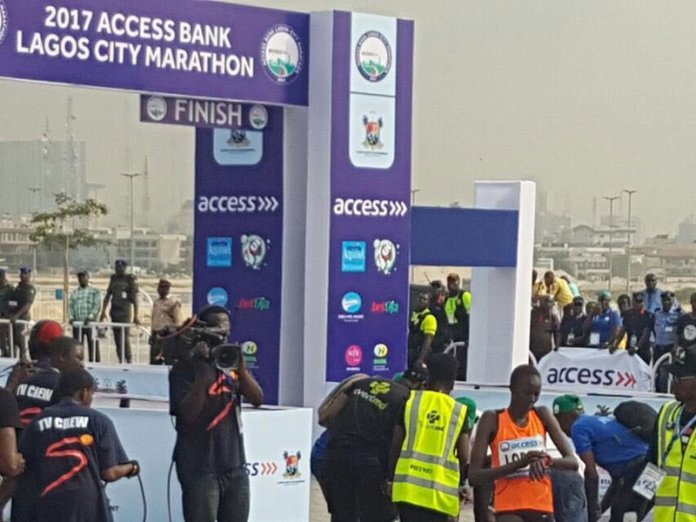 The Access Bank Lagos City Marathon is attracting growing interest across the world each year and a testament to that is reflected in the number of high-profile runners competing for honours annually in Lagos.

For the 2019 Access Bank Lagos City Marathon, as much as 35 Gold, 13 Silver and 12 Bronze Labelled Runners have already registered to be part of the event.

The General Manager for the Lagos Marathon, Yusuf Alli, expressed delight at the interest being shown by the big names to run at the Access Bank Lagos City Marathon.

Alli noted that the Access Bank Lagos City Marathon has surpassed the requirement for a Bronze Label and has done enough to earn even a Gold Label from the IAAF/AIMS.

“This is fantastic, it is obvious that top runners across the world like the Lagos Marathon as they have been signifying their interests from Kenya to even Australia,” Alli stated.

The former Africa record holder in the Long Jump event predicted that a new course record might be set at this year’s marathon due to the stronger field of athletes that would be on parade.

“This year’s marathon will definitely be better than the previous ones, the quality of elite athletes coming have improved a great deal, so we are confident of a good show,” the Access Bank Lagos City Marathon General Manager assured.

Among many other big names, David Barmasai Tumo from Kenya who won the 2011 Dubai Marathon will be competing at the 2019 Access Bank Lagos City Marathon.

Also, his compatriots, Jacob Kibet Chulyo, Moses Kigen Kipkosgei are in the mix for action as well as Samuel Gebremichael who now does his thing for Australia.

The female field also boasts of some of the top runners in the world including the likes of Agnes Jeruto Kiptocich who finished as runners up in the 2017 Paris Marathon.

Caroline Cheptanui Kilel winner of the 2011 Boston Marathon, as well as Georgina Rono and Risper Jemeli Kimayo, are all pencilled down to run at the Lagos Marathon.