Concerned with the seeming slow pace at which some critical road projects are being executed in Lagos State, the governorship candidate of All Progressive Congress (APC), Mr. Babajide Sanwo-Olu has said the construction of Fourth Mainland Bridge would not his priority if elected.

He said this while fielding questions from respondents on radio programme recently, assuring Lagos residents of their commitment to ensure early completion of the Lagos-Badagry expressway.

Sanwo-Olu, who was represented by his running mate, Dr. Obafemi Hamzat, emphasised the need to ensure the completion of ongoing critical road projects that included the Lagos Badagry expressway

According to him, both Badagry and Lekki-Epe expressways are so critical to the economy of Lagos, that no effort must be spared to ensure their early completion. To this end, issue of the proposed 4th Mainland Bridge may be delayed.

Specifically, the governorship candidate explained that the ongoing 60-kilometre Lagos-Badagry expressway project being executed by the state government should be completed as early as possible.

“The goal is to connect Lagos with the ECOWAS countries. The initiative would no doubt, enhances the commercial and other business activities between the affected neighbouring countries.”

Besides, he acknowledged the importance of Lekki-Epe Expressway, which he said would be expanded and reconstructed, especially, from where it stopped now to the Lekki Free Trade Zone (LFTZ) in Akodo.

“Just like the Badagry Expressway, Lekki-Epe axis is also critical, in view of the ongoing enormous development taking place in the axis, there is need to review the issue of Fourth Mainland Bridge.

“For now, the project must be put in abeyance, because technical reports from experts revealed that the volume of traffic along the axis cannot cope with additional ones that the 4th Mainland bridge will engender.

“What we intend to do, if we form government is to begin the construction of Coastal Roads from Ajah axis to Ibeju-Lekki, and possibly compete the abandoned portion of the Expressway from Ibeju to Epe; linking it to Ijebu-Ode, where trucks and other articulated vehicles coming to LFTZ would avoid Ijebu-Ode-Itoikin road.”

Sanwo-Olu said he was not novice to government, having being in the system for quite a while. On the challenges of the ever growing population of Lagos, which its agreed that is currently over 20 million, with a projected figure of close to 30 million in the next decade, Hamzat emphasized the need to be proactive before the time comes.

“Lagos population is humongous, despite her being the smallest State in Nigeria with a land area of 3, 577 square kilometres. This translates that it occupies a paltry 0.4 per cent of total land area of Nigeria, which is 923,768 square kilometres”, he said, adding that Lagos has more than two million vehicles on her roads, out of about12 million vehicles on the Nigeria roads as a whole.

Drawing from statistical figures obtained from the National Bureau of Statistics (NBS), Hamzat disclosed that about 260, 000 people come into the state daily, while only about 20-25 percent of this figure return to their original places of migration. This huge migration influx to the city, he noted, is overstretching the existing infrastructure and facilities, thereby making for an urgent need to be innovative in providing infrastructure in the state.

He assured that their plan will be to expand and improve on existing infrastructure project. ‘Government is a continuum and we will continue with existing projects to the benefit of Lagos. Our focus remains ‘Towards a Greater Lagos: A Collective Effort’, he added.

To this end, Lagos APC deputy gubernatorial candidate said their government will would work with an acronym: ‘THEME.’ “Our Promise to Lagosians is ‘THEME Lagos.” The pillar includes traffic management and transportation; health and environment; education and technology; making Lagos a 21st Century economy; entertainment and tourism.

He stated that efforts will also be geared up towards fixing various inner roads across the state. To achieve this, Hamzat revealed that the three Asphalt plants in the state will be turned around and made ready to put people to work in order to make the roads motorable throughout the year 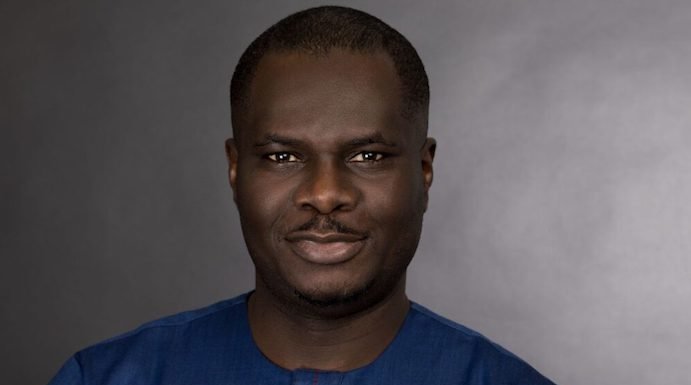