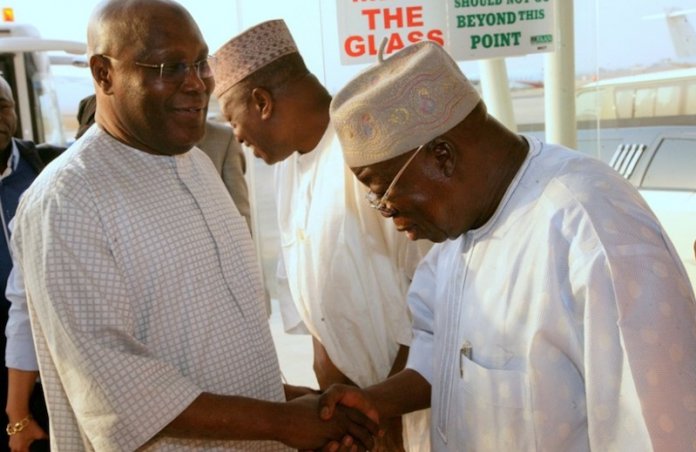 Old friends are best. King James used to call for his old shoes, saying they were the easiest for his feet. But former President, Olusegun Obasanjo thinks otherwise. That is why he did away with his very close friend, Otunba Johnson Fasawe, though they have since resolved their disagreement. Otunba Fasawe, an Ondo-born businessman, hit the limelight when President Obasanjo assumed office in 1999.

Due to his closeness to Obasanjo, he walked the corridors of power without restrictions, and many courted his good graces. His influence with the former president knew no bounds and as a result, many influential people sought the grace of Otunba Fasawe in a desperate bid to get one favour or the other from the former president. The shipping magnate’s complimentary card used to read ‘Personal Friend of the President of the Federation’.

It was, however, astonishing to see beautiful relationship between the two friends collapse. Fasawe’s tacit support and sympathy for the then Vice President, Atiku Abubakar, happened to be his greatest undoing. This did not go down well with Obasanjo particularly in the days of the heady face-off between Obasanjo and Atiku, and it led to the unceremonious exit of Fasawe from Aso Rock.

Perhaps it was in bid to spite his former bosom friend and president that Fasawe decided to pitch his tent with Atiku, perhaps not; but it was interesting sighting Otunba Fasawe with the former Vice President. Fasawe has become to Atiku what he once was to former President Obasanjo and the duo have since waxed stronger in friendship, but this no longer rankles Obasanjo. The duo have been sighted together at all times. If Atiku succeeds in his incessant bid to become the nation’s president come 2019, Fasawe may once more become a regular face in Aso Rock, the corridors of power.