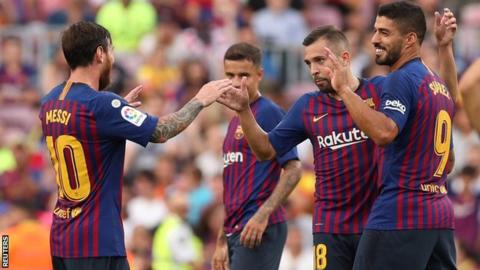 Barcelona have renewed their efforts to sign Chelsea forward Willian, proposing a deal which would see Malcom move to Stamford Bridge, according to Sky sources.

Barca tried to sign Willian last summer, making three bids for the Brazil international. The final offer worth more than £55m was rejected in July.

Barcelona signed Malcom instead for £38m from Bordeaux, but the 21-year-old has seen first-team opportunities limited at the Nou Camp, with several more established names ahead of him in the pecking order.

Willian is aged 30 and his Chelsea contract runs out in the summer of 2020, having signed for the club for £30m from Anzhi Makhachkala in 2013.