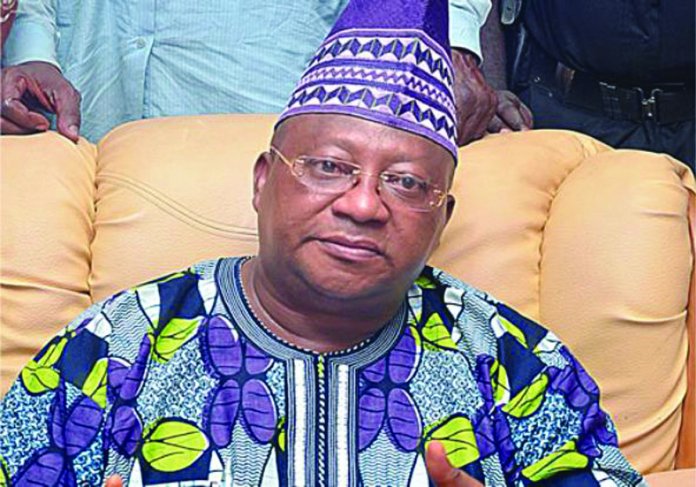 In death as in life, the legacies of Senator Isiaka Adetunji Adeleke continue to endure and wax stronger by the day. The name, Isiaka Adeleke comes before the bearer. The personality that answered that name came many years ahead of his time. He lived up fully to the billing and ranking that his stars brought with his birth. The generalissimo of Osun politics that he was, comes round once in a lifetime to his environment of birth.

Adeleke’s legacies in various forms are being built up by his nuclear and political families, who continue to make outstanding contributions to make that sweet name – Isiaka Adeleke appear as if he was still around with us. The Adeleke University, of which he was the First Chancellor, has its imposing and edifying Senate Building named after him. Thanks to the Governing Council of the University for deeming such honour worthy of Isiaka Adeleke, a man of many firsts.

Aside the Senator Isiaka Adeleke Senate Building, an annual lecture in his honour has been instituted. The maiden edition of the lecture came up on April 22, 2018, at the first anniversary of his death, with Professor Agbede as the guest lecturer. Efforts are in top gear by the management of Adeleke University to come up with his biography as a lasting tribute to his memory. The book, no doubt will be a Best Seller, when it is presented to the public. It would be a must for every home in Nigeria and abroad.

This is to bring to the fore, once more, the need to have an Isiaka Adeleke Political Museum, where all the peculiar and special features of his political career will be assembled for generations yet unborn to catch a glimpse. His cone-shaped cap, gold-rimmed glasses, intellectual works, – comprising landmark speeches, lectures and interviews will be under one roof. This is what obtains at Ikenne residence of the late sage, Chief Obafemi Awolowo of blessed memory.  This is to hope, that the nuclear family will give this noble proposal a thought for the sake of posterity. Because for our today, Adeleke gave all of himself, particularly the development of the downtrodden, to enable them to live a purposeful and meaningful life.

That generosity flows freely in the Adeleke Family was not by accident. The foundation for same was firmly laid by Senator Isiaka Adeleke grandfather, Baba Mohammed Awwal Adeleke, who fondly helped in propagating Islam in the 1930s. An impeccable source has it, that Papa Muhammed Awwal Adeleke, took it upon himself in providing free meals on a daily basis to the Arabic students of late Alfa Zulukananih Gegelose Arabic School, in Ede in the 30s, in order to encourage the students to attend classes regularly. The effort of Baba Muhammed Awwal Adeleke paid off tremendously. Be it recalled, that Alfa Zulukanainah Gegelose, was the first Otun Imam of Ede Central Mosque.

Alfa Zulukananih was so over-whelmed by late Senator Adeleke’s grandfather generosity to his Arabic school, that he offered ceaseless prayers for Pa Mohammed Awwal Adeleke that by God’s grace there would emerge among his grandchildren and great-grandchildren, notable and eminent sons and daughters that will fly the name – Adeleke gloriously across the world. That prayer has been more than answered. There came up, Senator Isiaka Adeleke, Dr. Adedeji Adeleke, Ademola Adeleke, Captain Kunle Adeleke, David Adeleke (Davido). So for late Senator Adeleke, the subject matter of this episode, generosity and philanthropism , were inborn. Same goes for Dr. ’Deji Adeleke, who has over the years offered his wide shoulders for tens of thousands of less-privileged people to lean on.

Though Isiaka Adeleke ventured hard to come back and serve the good people of Osun State as their governor, an ambition which his transition put paid to, it is to the glory of God, that one of his own, Senator Ademola Adeleke is trudging on and sustaining the political legacy. Through judicial process and the grace of God, he will soon take his rightful place as the governor of Osun State. Kudos to the good people of Osun State for extending the love they had for Senator Isiaka Adeleke to his nuclear family, which Ademola Adeleke represents. Isiaka Adeleke lived a fulfilled life of service to the common man. They have never abandoned him in death.

The Ede Country Home residence, where Isiaka Adeleke breathed his last, should be preserved for posterity. Because for our today, he gave all of himself. All avenues should be continually employed to immortalise him. To the glory of Almighty Allah, the Senator (Alhaji) Isiaka Adeleke Memorial Mosque, which was commissioned at his 63rd birthday ceremony on January 15, 2018, continues to attract hundreds of worshippers at the weekly Jumat Services. May all invocations offered at the mosque serve as forgiveness of his sins and a place in Aljanat Fridaus .

As his birthday, always coincided with the Armed Forces Remembrance Day, Senator Isiaka Adeleke heart in his illuminated grave, goes out to thousands of our gallant soldiers and other Services, that are fighting gallantly to put an end to all forms of insurgency in the land. His soul prays for their safety and repose of the souls of those who died in the patriotic cause of keeping Nigeria united. That is Isiaka Adeleke, a man of peace, who will never hurt a fly, in whose memory, we should continue to practice politics without bitterness, particularly as we approach the 2019 general elections.

The man of the people – Isiaka Adeleke, we will stop at nothing to continue to sustain your legacies in different ways, part of which is this tribute. Since your glorious transition, the thought of you during the day brings you joyfully to people in their dreams. Nothing can take you out of our hearts. We cherish and adore you for being there for us all throughout your lifetime. Undoubtedly, your transition was distressing to a lot of people, but your good works and love for all, comfort us. Senator Isiaka Adeleke, you loomed larger than just being an Ede or Osun or Nigerian man. You were a citizen of the world. Your many Firsts stood you out. The first executive governor of Osun, the first Asiwaju of Edeland, the first Chancellor Adeleke University, the only Erinlomo of Osun politics. A study in anything excellent. A man with a good and caring heart, who never throughout his lifetime bore malice to anybody.

To those of us living, let us learn a good lesson from Adeleke life of humanity and unconditional care for the less-privileged and open our hearts and minds to those truly in need. Let us continue to remember ‘Serubawon’, as a total man of peace and emulate him as such.

Good morning a good man with a golden heart. Rest in peace Isiaka Adetunji Adeleke – the central issue in Osun Politics. A reference point in the Nigeria polity, as an effervescent, colourful , charismatic and elegant politician of no mean repute. Happy posthumous 64th birthday Sir!