The presidential candidate of the Allied Congress Party of Nigeria (ACPN), Dr. Oby Ezekwesili, has said that one of the reasons why she wants to be president is to liberate Nigerians from poverty and economic stagnation.

Ezekwesili made this promise while addressing market traders during her campaign at the popular Mararaba Market, in Karu Local Government Area of Nasarawa State, near Abuja, the Federal Capital Territory.

She said she was out to liberate Nigeria and its people through her ambition, from official corruption, poverty, economic stagnation among many other vices, she noted, had pervaded the country for long.

She called on the people to only vote for the candidates of APCM in the forthcoming general elections, saying it was the only party which manifesto had the interest of Nigerians at heart.

She explained that she chose the street campaign method in her presidential bid so as to afford her opportunity of directly meeting with the electorate with a view to knowing their problems preparatory to solving them when she assumes the office of the president.

The presidential candidate used the occasion to interact directly with some traders, who assured her that they will vote for her at the poll.

“I come here not only to formally inform you that I am running for the office of president but to also campaign and seek for your votes. I am doing this with a view to giving you a better life,” she told the traders who listened to her with rapt attention.”

Speaking to a group of young boys hawking wares in the market, she said they were not cut for such business. She added that when she becomes president, she will put all of you off from petty trading and set them up for better things.

“You are supposed to be pursuing your education at this level of your life because it is when you have gotten your education that you would have better choices in what you really desire and want for yourselves in life.

The traders, many who said it was their first time to meet with the former World Bank Vice-President, trooped out in their hundreds, to listen to her as she addressed market men and women.

“I feel happy to watch her address us here today in this market. Before now, I had only seen her on the television or heard her on the radio speak on some issues in Nigeria.

“She is not only highly educated but also brilliant. From what I have seen in her so far, I believe strongly that she has the passion for Nigeria and if she can be given the opportunity to succeed in her aspiration, she would impact positively on the country and its people,” said a trader who identified herself as Mrs. Vivian Osakede. 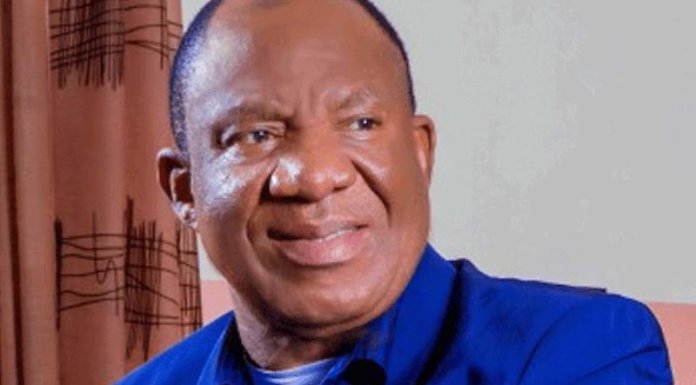