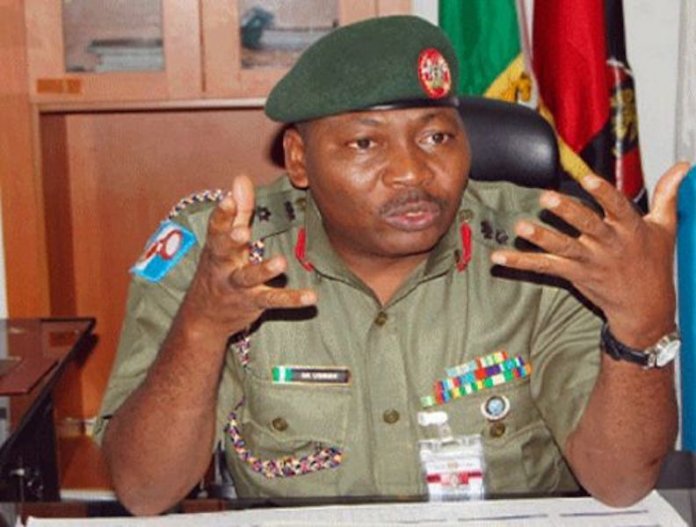 The Army has arrested a wanted Boko Haram member, Babagana Abubakar (aka Alagarno), at Bulabulim Ngarnam community on the outskirts of Maiduguri.

Brig.-Gen. Sani Usman, the army spokesman, said in a statement on Friday that Abubakar was arrested in a room in a house, where he was hiding in the community.

“He has since been moved out of the area for further interrogation,” the army spokesman said.