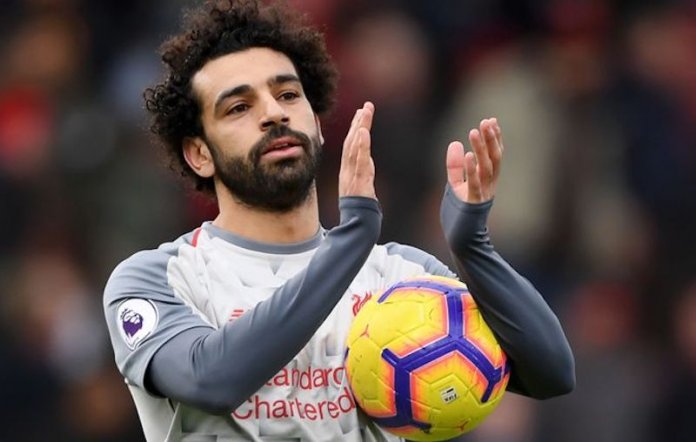 The Liverpool striker was talking after being crowned 2018 African Footballer of the Year and on the day Egypt were named 2019 Nations Cup hosts.

Egypt replaced Cameroon, who was denied the hosting rights due to slow preparations and security concerns.

“It’s the right time for Egypt – as we have to be clear – our league is not a top league in Africa at the moment,” Salah said.

“I’m sure this is going to be the start for us to be back.”

The finals will also see fans return to stadiums in large numbers for the first time since 2012.

A maximum of 5,000 supporters have been allowed in to watch games since September last year.

It was the first time authorities cleared fans to watch league matches on a regular basis since 2012.

Supporters were banned from attending matches in February 2012 after at least 74 Al Ahly fans died during a game with Al Masry in Port Said.

Salah is confident that the return of the fans will be a huge boost for football in Egypt and that they can help lift the national team too.

“I’m sure everyone knows about Egypt and the seven Africa Cups – we’re going to look for number eight now, and this is the best time to start to be back like before.”

Egypt have won the Nations Cup three times on home soil in 1959 (as United Arab Republic), in 1986 and again 20 years later.

They also hosted the finals in 1974 when the Pharaohs managed to clinch third place.