Justice Ahmed Mohammed of the Federal High Court, Abuja on Wednesday adjourned till January 21, 2019, a suit seeking the disqualification of President Muhummadu Buhari in the February 16 presidential election.

The plaintiffs, Kalu Agu, Labaran Ismail and Hassy El-Kuris, in the suit, are alleging that President Buhari lied in his Form CF 001 submitted to the Independent National Electoral Commission (INEC) regarding his educational qualification and certificates.

In the suit filed November 5, 2018, they are therefore seeking an order of the court disqualifying Buhari from presenting himself and or contesting for president in the 2019 general election.

The suit, which was filed on behalf of the plaintiff by Okpai Ukiro, has President Buhari, the All Progressives Congress (APC) and INEC as first, second and third defendants respectively.

Issues raised for determination before the court in the suit marked FHC/CS/ABJ/1310/2018, include, “whether having regards to the information in the affidavit contained in the first defendant’s INEC form, CF 001 regarding his educational qualification/certificate, the first defendant has submitted false information to the third defendant.

“Whether from the facts and exhibits contained in the affidavit in support of the originating summons and having regards to Section 31(5)(6) of the Electoral Act 2010 as amended the first defendant is disqualified from running for the office of president in the 2019 general election.

Upon the determination of the above questions, the plaintiffs therefore are seeking the following reliefs from the court: “A declaration that the first defendant submitted false information regarding his educational qualification to INEC for the purpose of contesting elections into the office of President of Nigeria in the 2019 general election.

“A declaration that the president, having submitted false information regarding his educational qualification/certificate is disqualified from contesting elections into the office of president in the 2019 elections.”

Consequent upon this, the plaintiffs are seeking an order of court disqualifying the president from presenting himself and or contesting for president in the 2019 general election.

They also prayed the court for an order directing INEC to reject or remove Buhari’s name as the presidential candidate of the APC submitted to INEC for the 2019 general election.

“An order of this court restraining the president from parading himself as the presidential candidate of the APC for the 2019 general election.

“An order of the court restraining the APC from parading Buhari as its presidential candidate in the 2019 general election,” they said.

In a 40-paragraph affidavit, the plaintiffs, who claimed to be card carrying members of the APC, said based on the alleged false information the president gave to INEC, he lacked the honour and integrity required for the lofty office of President of the Federal Republic of Nigeria.

When the matter came up Wednesday, the counsel to the plaintiff, U. C. Ndubisi, who held brief for Ukpai Ukiro, informed the court that the matter was for mention.

Ndubisi told the court that all the defendants had been served with the processes, adding that the president filed an application asking for an extension of time as well as a preliminary objection to the originating summons.

He therefore prayed the court for some time to enable him respond to the applications.

Subsequently, trial judge, Justice Ahmed Mohammed, adjourned the matter until January 21 for the hearing of the main suit and the preliminary objection.

Mohammed also ordered that hearing notices be served on APC and INEC, the second and third defendants respectively. 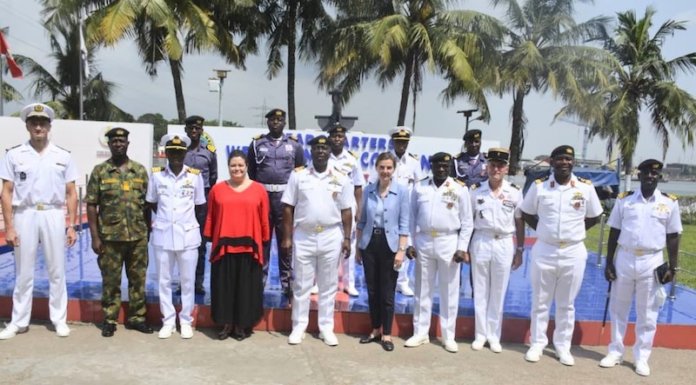