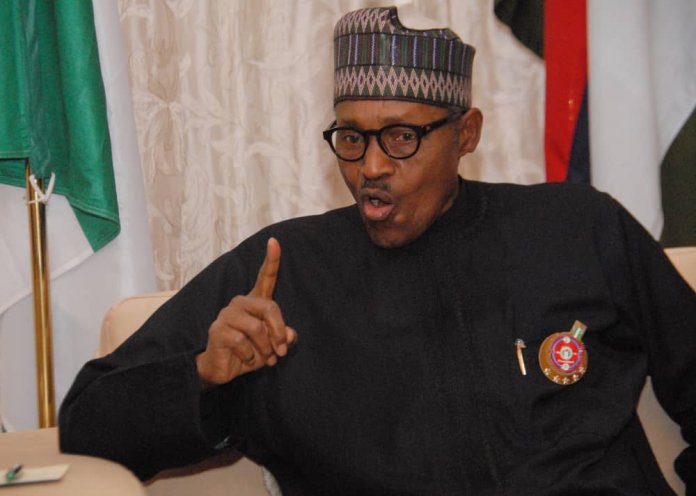 President Muhammadu Buhari last night said he would continue to stand with the country’s masses because they constitute the bulk of his supporters and proceeded to descend heavily on the elite for what he called their complicity in the events that led to the sorry state of the country.

Buhari who made this declaration during an exclusive interview with THISDAY’s Board of Editors in the State House, Abuja was very critical of the Nigerian elite, resulting in the question on whether his hard stance against the elite was because majority of his supporters are drawn from the masses.

The president was very swift in answering the question in the affirmative, saying the editor who asked the question had already answered it by noting that indeed, it was the masses who helped him to ascend to the seat of power and remained his unalloyed supporters.

“Exactly. You have answered the question,” Buhari said.

He questioned the role the elite played when the Peoples Democratic Party (PDP) was in power, saying despite the oil price boom at the time, the party rather than improve infrastructure looted the national treasury without any whimper from the elite.

He said, “I told you my grudge against the Nigerian elite. I challenge you to check the records from Europe, Asia, America, this country was getting 2.1 million barrels per day at over $100 per barrel.

“It went to $143 per barrel but when we came, it collapsed and I told you that I went to the Central Bank and said, ‘Oya, this is what is happening. Why?’ I refused to remove him (CBN governor) because he has to give account of what had been happening.

“About 2.1 million bpd times 100 times 16 years, yet, there was no provision of infrastructure. The rail was killed.

“But look at what we did from May 29, 2015 till now with what is available. I asked you where were the elite?

“Educate the people and see their reaction…Where were the elite when these people were taking this money? The Nigerian elite are supposed to know how much the country is earning, where it is. Why did they accommodate the irresponsible expenditure of the 16 years of PDP?”

On the Inspector-General of Police, Mr. Ibrahim Idris, who has remained in office despite that his tenure lapsed on January 3, the president assured THISDAY editors that he would act on the matter.

“I will act,” he said on the editors’ persistence that he seems set to extend the police boss’ tenure like he did that of the service chiefs.

The president explained he needed to take his time in shuffling security chiefs, saying at times of security emergency care has to be taken in changing heads of security organisations.

Told of the general public perception that he was keeping the police boss in office because he had been apparently partisan in favour of the president and his political friends, Buhari repeated sharply, “I will act.”

In fact, he said, he had watched on the television a man, who had given him the last warning on the retirement of the IG, prompting everyone to burst into laughter.

The president said, “I saw it on the television. Somebody had given me last warning. I saw it.

“I have accepted responsibility. I don’t think I am afraid of him and I don’t think l have organised a roadblock to say that I will lose some part of my revenues if I remove him. I will take action.”

Buhari also said he accepted responsibility on his decision not to remove the service chiefs despite being overdue for retirement as well as their perceived record of abysmal failure, saying there was the need to exercise caution on the removal of security chief.

However, he admitted that their performance so far had been disappointing and insecurity in the North-east might be a result of fatigue on the part of the military.

“It was this administration that appointed all of them. I didn’t know any of them really. I followed the records and I think l picked the best men. Of course, their performance may be a little disappointing… There is really what I can call fatigue. But I accept responsibility for not changing them. It is based on my experience.”