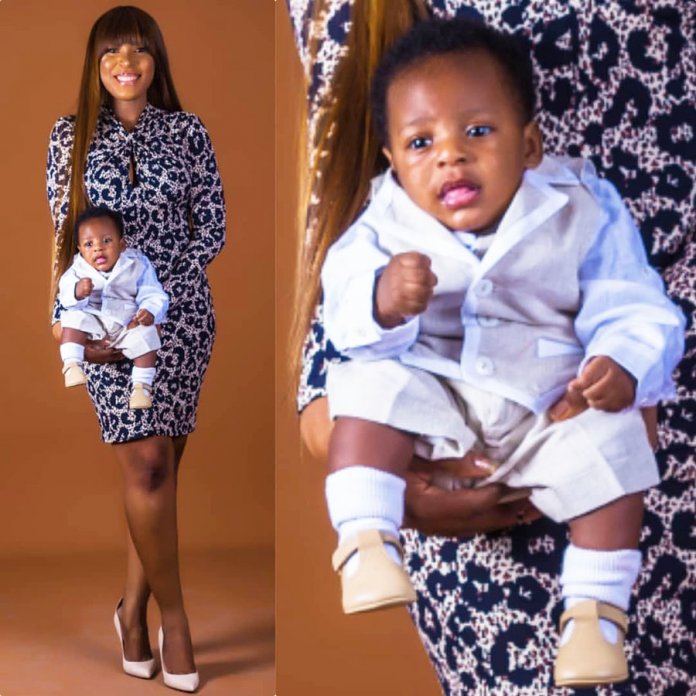 Affluent celebrity blogger, Linda Ikeji, has been celebrating her successes in 2018 with pictures. She declared: “You know what they say, ‘count your blessings and name them one by one’. So here I am doing exactly that on the last day of the year and thanking God for how far He’s brought me. 2018 has so far been the best year of my life and these are the things I’m most grateful for…in the particular order…asides from life and good health because really without that, nothing else matters.”

She described her son, Jayce as “by far the best thing that’s ever happened to me in 2018.”

On her parents, she wrote: “Alive, healthy, still in love and enjoying the fruit of their labour.”

She wrote on the picture of her siblings: “My siblings. All happy and doing well. The best brother and sisters anyone could ask for.”

On her highly successful Blog, she wrote: “The platform that changed my life and made it possible for me to change other people’s lives. 12 years later, it’s still thriving and still making mega box.”

On her beautiful Banana Island home in Lagos, she wrote: “The first time I visited Banana Island was in 2013. And I remember looking around in wonder and thinking people who lived there were so lucky. I never imagined I’d buy a house there two years later.”

As for her Bentley, she wrote: “My worldly possession in 2008. My 700k car was repossessed because I couldn’t pay the balance on the car…who knew that ten years later, I’d own a Bentley Mulsanne?”