The Kwara State Governor, Alhaji Abdulfatah Ahmed, has admonished the people of Erin-Ile and Offa to remain calm and maintain law and order over the aftermath of a recent Supreme Court judgement concerning the boundary dispute between the communities.

The development according to THISDAY checks might not be unconnected with the recent Supreme Court ruling in Abuja that ceded some land to the people of Erin-Ile.

The two communities of Offa and Erin-Ile had been at each other throats over a parcel of land for over 50 years.

The state government created a buffer zone between the two towns which has since been manned by the men of the military and police in the area.

Ahmed, in a statement by his Senior Special Assistant on Media and Communications, Muyideen Akorede, yesterday urged the people of both communities to refrain from publishing or otherwise circulating unauthorised interpretations of the said judgement.

According to the statement, “the state government is employing dialogue as a means of finding an amicable and sustainable solution to the dispute.”

Ahmed stressed that the state government will continue to uphold its constitutional mandate of upholding the welfare and security of all citizens and residents of Offa, Erin-Ile and indeed all communities in the state.

He therefore urged residents to go about their normal and lawful activities as the government is currently in consultation with leaders of both communities to resolve the issue.

He described Erin-Ile and Offa as peace-loving, long-standing neighbours with a shared commitment to developing an atmosphere of mutual trust and peaceful coexistence and stressed that government will do all in its power to sustain that understanding.

Meanwhile, the people of Offa have called on the state government to resist any alleged move by the people of Erin-Ile in the Oyun Local Government Area of the state against causing unnecessary tension over alleged false claims and reports on the Supreme Court ruling that bothered on boundary and land disputes.

In a statement issued in Ilorin yesterday, the National President of Offa Descendants Union, (ODU), Alhaji Najeem Yaasin, stated that: “Contrary to the claim of Erin-Ile, Supreme Court did not award any land to Erin-Ile.

“The land dispute between Offa and Erin-Ile dates back to the Adaramola’s boundary report which awarded part of Offa land to Erin-Ile.

“The decision was challenged up to the Supreme Court and the court held that the decision was that only the Governor of Kwara State can vary that decision going by the law setting up the boundary commission”.

“The Supreme Court recent ruling struck out the appeal on technical grounds of improper parties before the court and the matter haven been settled by previous decision of the Supreme Court.”

He stressed that, “Dr. Funsho Daramola’s report have been varied by different military governments of Kwara State. In 1975, Col. Ibrahim Taiwo amended the Bamgboye’s edict to set aside the Dr. Funsho Daramola’s report and in its place, set up a committee of traditional rulers headed by the late Emir of Ilorin, Alhaji Zulu Karnaeni Gambari, which eventually fixed the boundary at the crest of hill between the two community called ‘Kere Ipinle’ and a peace accord was signed by both communit 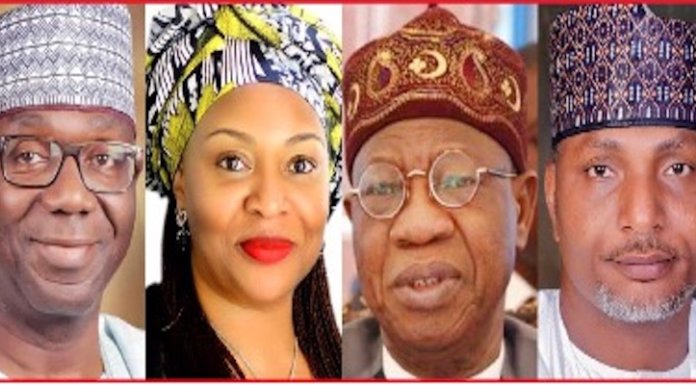