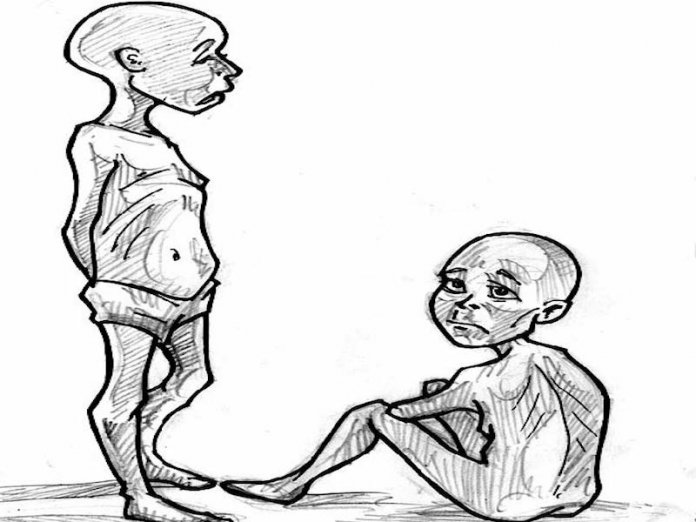 The authorities need to do more to address the problem

A recent review of national nutritional reports between 2003 and 2016 indicates that a child nutritional status levels in Nigeria is far below the World Health Organisation (WHO) classification. Thus, unless the government at all levels, as well as other critical stakeholders take immediate steps to address hunger and malnutrition, especially in children and pregnant women, the poor indices on maternal and child mortality in our country will only further worsen. That precisely is the challenge of the moment.

Sadly, even though malnutrition is the underlying cause for a third of child mortality in the world, it is yet to receive the attention and investment necessary to address it effectively in Nigeria. Meanwhile, stunted growth implies a marked increase in the child’s susceptibility to infections and contributes to child mortality. Invariably, pregnant women who are not adequately nourished eventually give birth to babies with low weight, thus putting their survival at risk. The cost of disregarding this issue in human and economic terms cannot be quantified.

Data from the Partnership for Improving Nigeria Nutrition System (PINNS) revealed that whereas in 2003 the stunting prevalence in Nigeria was 42 per cent, and the wasting prevalence put at 11, by 2016 the stunting prevalence had jumped to 44 per cent even though the wasting prevalence remained 11 per cent. Yet, according to the WHO, stunting figures above 40 and wasting above 10 are critical and should be considered an emergency. That is the situation we are in today. According to the data from the 2013 Nigeria Demographic Health Survey (NDHS), more than five million new-borns in Nigeria lack essential nutrients and antibodies that would protect them from diseases and death.

According to experts, in low and middle income countries like Nigeria, the age 3-24 months is a time when growth falters for too many children. An inadequate diet during this period increases the risk of stunting, micro-nutrient deficiencies, illnesses and death. Some of the factors identified include poor infant feeding and attitude of mothers to exclusive breastfeeding. The NDHS 2013 put the country’s exclusive breastfeeding at 17 per cent while the 2016/2017 MICS revealed a little increase of 23.7 per cent. While there had been some improvements since then, the rate is still below global standard of 50 per cent.

Political commitment is therefore necessary to ensure advocacy on the adverse implications of malnutrition and avoid its devastating consequences. Partnership with civil society and academic institutions with focus on food and nutrition is also an imperative while there should be a commitment to establishing a road map and coordinated mechanisms for implementing activities for up-scaling nutrition in the public sphere. This road map should consist of clear roles and responsibilities for the various stakeholders as well as implementable strategies, with milestones for mainstreaming nutrition into agriculture, fortifying basic foods with essential minerals or vitamins, mobilising communities for action on the growing of more beneficial foods, and the perils of malnutrition.

For effective health and social protection, mothers must also be encouraged to adopt exclusive breastfeeding habits for their babies for the first six months. Thereafter, complementary feeding can be introduced for 24 months, then the consumption of various nutrients such as Vitamin A, iodised salt and zinc, amongst others. Nigerians, as a minimum, deserve a life free from hunger.

From all the available reports, our governments, at all levels, need to sit up by addressing the crushing indices and causes of malnutrition that have continued to deprive over half of our children (and mothers) of a healthy and productive life span.