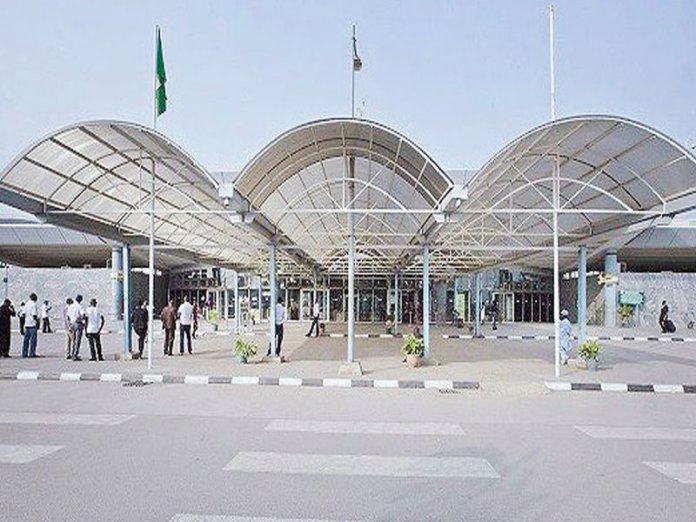 Success, an English proverb goes, has many fathers while failure is an orphan. Nothing exemplifies and illustrates this saying more than the euphoria that attended the commissioning of the new terminal at Port Harcourt International Airport, Omagwa, Rivers State by President Mohammadu Buhari on October 25, 2018.

Abuja was also agog with frenzy as President Buhari, once again, mounted the rostrum to commission the ultra-modern terminal at the Nnamdi Azikiwe International airport, Abuja on Thursday December 20.

To be sure, the commissioning of these ultra-modern airport terminals or any other worthwhile project by government functionaries is a thing of tremendous joy, especially when such projects are not white elephant ventures executed with the prime and sole objective of collecting kick-backs from contractors and subsequently abandoning same to the wild elements soon after commissioning. No, far from it, these terminals are commendable projects, especially given the hitherto parlous state of aviation infrastructure in Nigeria. Surely, there is good reason to celebrate, and President Buhari is leading the orchestra.

However, it is curious, if not outright ludicrous for a president who has made it a daily routine not only to distance himself and his administration from anything and everything connected to former President Goodluck Ebele Jonathan, but also to cast unforgiving aspersions on the former regime to be dancing, unashamedly, naked on the ‘tombstones’ of that administration! It is unbelievable for a president who, in the over three and a half years on the saddle, seems to have seen nothing good in the former Jonathan administration to be so effusive with celebration while commissioning the airport terminals. One would have thought that in his true character of disparaging anything and everything Jonathan, Buhari would not be seen a million miles near a project conceived, and which construction was actually started by his nemesis. At the least, one would have thought that Buhari would have sent a low level cabinet minister to perform the commissioning ceremony, if only to spare himself the risk of being further tarnished by the Jonathan ‘black brush’!

But no, since success has many fathers, not even a puritan Buhari could resist the allure of claiming underserved parentage of a baby conceived illegitimately by a prostitute mother. And as if this was not confounding enough, the President could not summon the courage and modesty to give perfunctory acknowledgement, not to talk of giving kudos and commendation to those who, unlike the clueless functionaries of his administration, had the vision to embark on a rarely traveled path of conceptualising projects in the aviation sector that have today transformed the landscape of the sector.

Media reports of the event, however, did not give an indication of any acknowledgement and kudos by Buhari to the Jonathan regime, especially to the then aviation Minister, Senator Princess Stella Adaeze Oduah, who single-handedly orchestrated the largest, simultaneous rehabilitation of all 22 federally owned airports, and the construction of five brand new International terminals in Abuja, Lagos, Port Harcourt, Kano and Enugu.

I take the liberty to quote a report of the event on the 25th of October with the headline “Buhari Commissions Port Harcourt Int. Airport”, wherein it stated: “As part of the infrastructure renewal programmes, the construction of the four new international terminals in Abuja, Lagos, Port Harcourt and Kano airports was embarked upon by the Federal government with a view to modernising the aging airport infrastructure to meet global aviation standards and improve service delivery in tandem with best international practices.

“Today’s commissioning is an example of government’s deliberate policy to sustain the development of infrastructure for economic growth in all geo-political zones of the country”. Nowhere in this report was any mention, talk less of commendation for Oduah as the brain-child of this project, or of President Jonathan who gave the Minister the platform to transform her vision into reality.

Similarly an online publication reported the same event without any mention of Jonathan or Oduah. In its report of October 25th, the online publication stated that “while commending the people of the South-south region and airport users for their patience during the period of construction, he (Buhari) also praised the efforts of the federal ministry of Transportation, particularly Aviation, the Chinese government and the China Exim Bank for their financial support and the various roles they played leading to successful completion of this project. I also want to say well done to the contractor, Messrs CCECC for timely service delivery”. It can be seen clearly that the President was very deliberate in picking those he wanted for particular mention, it was no happenstance!

All good and fine to be effusive with thanks and gratitude to the aforementioned stakeholders, only that conspicuous in its very bold relief was the deliberate ‘ommission’ of Jonathan, Oduah or any other functionary of that administration. I do not want to believe that there was a conspiracy by all the reporters who covered that event to blackout any mention of Jonathan and Oduah. The President simply did not want to honour the duo and their role in the project, and by so doing he not only belittled himself, but also dishonoured his legacy. It may have been politically correct to tow that ignominious route, but it sure chipped away at his stature as a statesman. In fact, he lost a great opportunity to show magnanimity in the ‘victory lap’ and statesmanship.

To be sure, what further diminished him was the fact that Nigerians at home and in the diaspora are not only aware that the airport terminals he just commissioned, and the ones to be commissioned in the near future were conceptualised by the Jonathan administration and supervised by Oduah, but also that they (Nigerians) expected him to accord them a prominent mention at the event. In fact, many are of the opinion that Oduah, if not Jonathan, ought to have been invited to the ceremony, and given a minute or two to be part of the victory lap for her pet project as then Aviation minister.

For those who might not be very familiar with the history of the projects, it may serve useful purpose here to state that Oduah, after conceptualising the projects, accompanied President Jonathan and other cabinet ministers on economic and infrastructure shuttle diplomacy to China in July 2013 and several other occasions to seek loans at single didgits interest rate, with a large dose of moratorium for infrastructural development projects. The four new international airport terminals in Lagos, Port Harcourt, Abuja and Kano are veritable products of that venture where a $500 million loan was secured from the China Exim Bank, with the approval of the Chinese government. The government of Nigeria is providing a counterpart funding of $100 million for the projects. But not satisfied with the four mentioned above, Oduah championed the construction of a new ultra – modern terminal at the Akanu Ibiam International airport, Enugu which is fully funded by the federal government.

Perhaps, it needs to be mentioned that by the time the Jonathan administration handed the reins of power to President Buhari and the APC government in May 2015, construction work at the five international terminals had reached over 50 per cent completion. It is sadly a testament to the irredeemably slow character of the Buhari regime that almost four years down the line, only two of the five have been completed! This is also not talking about the simultaneous rehabilitation and reconstruction of all 22 federally owned airports by the Oduah led aviation ministry, a majority of which were completed, commissioned and put to use before the end of that administration in 2015.

Regrettably, the few, which completion was at 90 per cent as at May 29th, 2015 have been abandoned and left at the same state ever since. Also sad is the fact that the highly commendable Aerotropolis and Cargo terminals projects conceptualised and started by Oduah have similarly been abandoned by this APC-led government.

So, as President Buhari rolls out the drums, and goes about commissioning the new international terminals, it bears mentioning that the new face of the aviation sector that everyone is relishing today not only owes its birth to former President Jonathan, and former Aviation Minister, Senator Princess Stella Adaeze Oduah, but more poignantly has so many unsung heroes and heroines, and no concerted attempts by the Buhari/APC-led government can obliterate that fact.

Finally, it is trite to reiterate that although success has many fathers, failure is an orphan. Jamshed Wadia, one time Director, Digital Marketing at Intel Asia Pacific, however, admonishes us “not to worry, as there is always a DNA test available”. That DNA test has Jonathan and Oduah’s imprints boldly written all over the new face of aviation in Nigeria today. Sadly though, they remain the unsung heroes and heroines of the reinvigorated Nigerian aviation sector.

Tureta, an economist, is based in Abuja