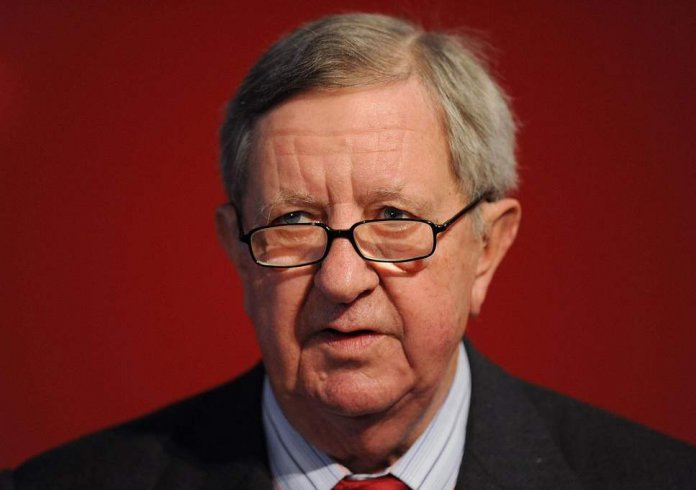 Former Arsenal chairman Peter Hill-Wood has died at the age of 82, the football club have announced.

He joined the north London side’s board in 1962 and was chairman from 1982 to 2013, presiding over title-winning eras under manager George Graham and later Arsene Wenger.

Mr Hill-Wood was also instrumental in the formation of the Premier League and oversaw Arsenal’s move from its historic Highbury ground to the Emirates stadium in 2006.

His involvement in the club continued a long family tradition with both his grandfather Sir Samuel Hill-Wood and father Denis Hill-Wood having previously served as chairman.

Peter Hill-Wood remained in his position after selling shares to Stan Kroenke, the current owner, but was forced to step down through ill health five years ago.

The club said in a statement: “Peter and his family’s influence on the club cannot be understated, but at this most difficult time for his family and friends, it is Peter the man who we remember with great fondness.

“Our thoughts are with his wife Sally and his children Sarah, Julian and Charles.”

Former Arsenal and France forward Thierry Henry tweeted: “Very sad to hear the passing of Peter Hill-Wood today. Many fond memories of him from my time. @Arsenal and I wish his family and friends great strength over this difficult time. #RIP.”

In 1986, Mr Hill-Wood oversaw the appointment of George Graham, who went on to lead the club to two league titles, the FA Cup, the League Cup and the European Cup Winners’ Cup.

A decade later, he was still at the helm when the club hired Arsene Wenger to manage the side – an appointment that was to transform both the club and the wider game in England.

Lawan: Why Senate Voted for Conditional e-transmission of Election Results