By Laleye Dipo in Minna
Former military president, General Ibrahim Badamasi Babangida, has described former  President Shehu Usman Aliyu Shagari as a “Democratic and bridge builder”
Babangida said, in a condolence message on the death of Shagari released on Friday night, that the deceased was also a detribalised Nigerian.
In the message which he personally signed General Babangida extolled the virtues of the second republic president saying “Shehu Shagari was a great patriotic leader and an accomplished gentleman, at first a teacher, an administrator, a technocrat and an honest, decent, unassuming, simple Nigerian Leader.
“He will be remembered for his tolerance and politics of peace without bitterness. President Shehu Shagari was a nationalist who never showed any discrimination due to ethnicity or religion and was a very dependable bridge builder,” Babangida said in the statement.
The former military president said, “To keep his (Shagari) memory alive, Nigerian politicians and indeed all fellow Nigerians must put to practice all his ideals of peace and party politics without rancour, irrespective of any form of provocation”.
He therefore urged all persons vying for political office “to emulate him and keep alive the political principles of the late Turakin Sokoto, Shehu Usman Aliyu Shagari, the quintessential public servant who was “Beckoned to Serve”.
General Babangida prayed  for the repose of the soul of the deceased and urged  “the entire nation, his family, Sokoto State and indeed the Sokoto Caliphate will accept his passing with equanimity”.
Alhaji Shehu Shagari died Friday night at the National  Hospital, Abuja. 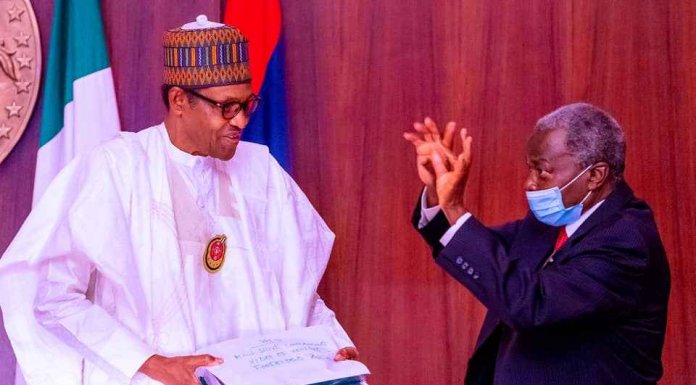 Runsewe Lauds Discovery of 1913 Golf Trophy at Rayfield in Jos