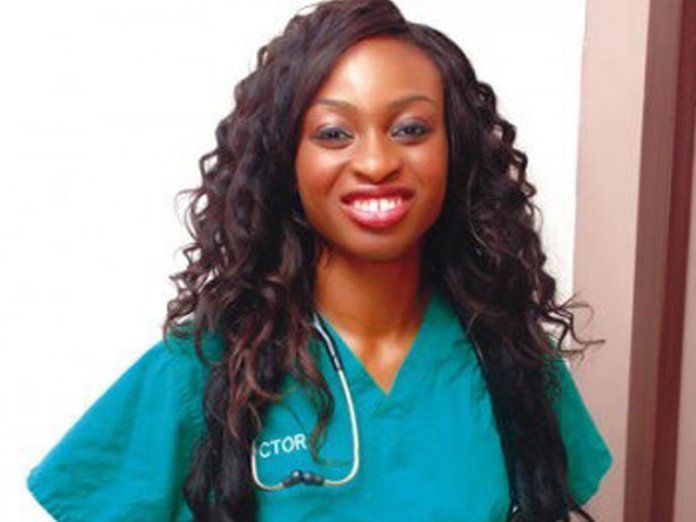 Recently, I got an invitation to attend the Flying Doctors Open House at the Execujet Hangar, International Airport Lagos. I looked forward to an interesting experience as I get acquainted with what an air ambulance actually is like firsthand .The day was Friday, December 14,2018

The Execujet Hangar, I am told is one of the largest and most sophisticated fixed base operation hangars in West Africa. The Flying Doctors offices are located on the top floor of the hangar. It consists of a large airy boardroom, a crew lounge, an operations office for flight planning and taking emergency phone calls, several other administrative offices and an impressive equipment storage room.

My first learning experience was knowing how much equipment is required to transfer a critically unwell patient from one area to another. It is literally a whole room full! The Flying Doctors Nigeria air ambulance contains perhaps, all the equipment normally found in an intensive care unit of a standard hospital facility. It is a flying intensive care unit!

Staff of The Flying Doctors Nigeria introduce me to equipment– ventilators, infusion pumps, monitoring machines and even a pacemaker.

Indeed,to my surprise, the air ambulance aircraft looks the same as a typical private jet from the outside. But it is a totally different ball game on the inside. The air ambulance is choked with life-saving medical equipment. The most obvious being oxygen cylinders, and especially designed medical stretchers. I am informed that a single stretcher in an air ambulance can cost up to $100,000, which is about N36m at current exchange rate! And the combined cost of the intensive care equipment such as the ventilators, monitoring machines, infusion pumps, loading devices and baby incubator can easily run over $200,000,which is roughly N72 million. This could be more expensive than cost of setting up a basic conventional clinic!

My tour also included the ‘ETU-Emergency Transport Unit’ on Arik air, which happens to be another key facility deployed by Flying Doctors Nigeria. The ETU is a specially designed medical cabin that fits into an Arik plane on a scheduled commercial flight. It is an advanced custom designed unit that can transform a small section of a regular commercial flight into an intensive care unit in just 10 minutes. It uses the same equipment as the air ambulance aircraft. During an operation, the ETU section is usually cordoned off to allow for patient privacy.

I have always had in my head the perception that air ambulance services of any form are quite expensive and only for the wealthy. This may be true somewhat. But with the ETU which I am told, takes up only six economy class seats on Arik, it is up to 90 per cent cheaper to transport a patient than with an air ambulance private aircraft.Thus, opening the door of air ambulance services to not-so- rich Nigerians.

Flying Doctors Nigeria staff who provide the tour guide chip in that the air ambulance services,apart from its critical life –saving role – also reduce the cost of any healthcare system, while increasing the quality. The Air Ambulance does this by bridging the gap between areas that lack state-of-the-art,world class medical facilities and areas where these are readily available. With an efficient and reliable air ambulance service, governments may not need to build new specialist hospitals therefore, saving billions of dollars that can be used to provide other social services. Specialist medical skills that are scarce can also be concentrated in certain hospitals, which can be reached by air ambulances when required.

Officials of Flying Doctors Nigeria also reveal that they are helping to reverse ‘medical tourism’ out of Nigeria. They say medical tourism is no longer a one-way traffic out of the country as critically ill patients from less endowed West African countries are flown into the country to receive life-saving medical intervention. They say the current administration is helping in this regard by making it easier for sick patients arriving the country, after being flown in by air ambulance from Mali, Chad and other countries within the region, to get visas. On average, I am informed, each patient airlifted into Nigeria for medical treatment spends about over $30,000, about N11 million. Now, I am doing some mental calculations. Imagine if 5,000 patients are flown into the country for medical treatment yearly we could generate close to N60billion. The benefit to our hospitals and the economy would be immense.

I realized how much of a team effort air ambulance work really is. The team that ensures that patients get to the right medical facility within the right timeframe consists of engineers, ground staff, pilots, admin staff, operations staff not only the doctors and nurses.

After the tour of their facility I then had the opportunity to have a chat with Dr Ola Orekunrin Brown, the founder of Flying Doctors Nigeria. The young medical entrepreneur and adventurist already has nearly 10 years of air ambulance operations tucked under her belt. The British-Nigerian born Ola Orekunrin, who also trained as a medical doctor in the United Kingdom started Flying Doctors ten years ago, to provide a then, virtually non-existent air ambulance services in the country. Since then, she has not looked back on this mission.

I asked her how she balances practicing medicine, flying the helicopter and running the business side of things together. She explained that although she used to do all that stuff rolled together, she has not long ago, decided to stay off medical practice or flying hours and concentrate almost exclusively on managing the business. ‘’There is no way that I would be able to do everything’, she laughed,” that’s why I have a team of ‘rockstars’ that work with me.”

“ I love flying and medicine, but I made the hard decision to focus on my most valuable task, my mission: making sure every patient across our region gets to the right medical facility, within the right timeframe,” Dr Orekunrin Brown says determinedly.

Flying Doctors Nigeria now has a separate chief pilot and a medical director who focus on the technical areas of aviation and medicine, while Orekunrin Brown devotes her time to the business side of things. “At some point in the future,I would maybe go back to medical practice. I still would like to work with a charity like doctors without borders, in a conflict zone or remote village,’’ Orekunrin Brown says with a wry smile.

There are a handful of renown medical and aviation specialists on the board of Flying Doctors Nigeria who help guide the venture with their wealth of experience and expertise,I am informed. The company also plans to invest over $10m in the next five years in the business, expanding across West and Central Africa ,purchasing additional aircraft, operations, medical equipment, staff training and medicines, according to the managing director. This ,she says would help Flying Doctors reach to some of the remotest parts of West Africa.

I asked the entire team how their service helps with Nigeria’s most pressing healthcare problems such as child/neonatal mortality. Why do so many babies die in Nigeria, even compared to conflict affected areas as Syria and Iraq and how can we prevent this? Nigeria is one of the most dangerous places in the world to be a child. Children and babies with complex medical problems must be treated in specialist facilities which may be many hours or even days away by road, say Flying Doctors staff. Air ambulances provide an essential transport service for these kids, they say. Further, air ambulances decrease the need to continuously build hospitals, as it makes the existing hospitals more accessible. If fewer hospitals are built, more money can go into primary care helping children with more basic healthcare needs as well. This is essential. Most of these deaths are preventable. We must find ways to increase spending on primary care, they say.

Primary care expansion was one of the major healthcare reforms that Dr Ola Orekunrin Brown advocated for in her book ‘Fixing Healthcare in Nigeria’ which can be downloaded FREE from her twitter handle @naijaflyingdr. The Flying Doctors Nigeria team proudly showed me their ‘Babypod’,which is one of the few units available in the whole of West Africa. The ‘Babypod’ is a baby transport device that was developed using the same advanced technology used in the famous formula 1 racing cars. The ‘Babypod’ helps to keep premature babies safe, warm and comfortable during air ambulance transportation when they are critically unwell. A specialist pediatric and neonatal team performs this transit at Flying Doctors Nigeria ensuring that critically ill babies have the best chances of survival in a region where the odds are often stacked against them.

I tried on the flight suit and decided that although in this life I am an well known journalist,in my next life, I would actually want to be a flying doctor! It is sad, that hundreds of thousands of patients across Nigeria die because they are in the wrong place at the wrong time. A large number of these deaths and several health care problems are due to problem of logistics. Flying Doctors staff stress that Air ambulance services help bridge the gap between geography and advanced health.

In all, my one working day with the Flying Doctors team led by Dr. Ola Orekunrin Brown was an exciting experience. It a business that combines serving humanity with technology and passion. Truly inspiring!