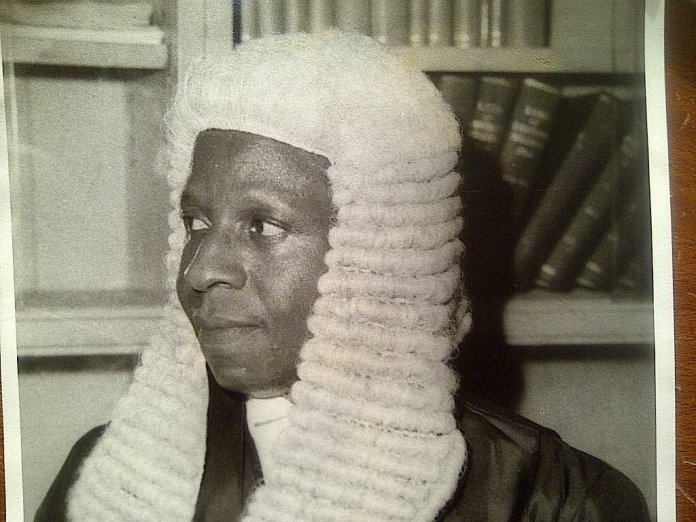 Chief Frank Odunayo Akinrele, a Senior Advocate of Nigeria, is dead. He died on Tuesday at the age 88.

Born on March 8, 1930 in Ondo Town, the late legal luminary was a Barrister and Solicitor of Supreme Court of the Federal Republic of Nigeria for over 60 years.

He attended Kings College Lagos, and University of Hull, where he obtained his LL.B in 1953 and LL.M in 1954. He won the Andrew Marvell Prize for the best graduating law student, University of Hull. Akinrele was called to the Nigerian Bar, and Middle Temple in 1955. He became a Senior Advocate of Nigeria in 1980.

An erudite lawyer, Akinrele developed a reputation as the leading criminal law Barrister of his generation.

Chief Akinrele was described by the then Hon. Justice Adewale Thompson in his book titled ‘Reminisces at the Bar’ as “the most brilliant junior of our time.”

A former President and Patron of Nigerian-American Chamber of Commerce, Akinrele also served as President of Rotary Club International and Trustee of the Lagos Motor Boat Club.

He was also member of Council, Nigerian Institute of Advanced Legal Studies, and a former member of Nigerian Body of Benchers.

He also served as member, Legal Privileges Committee; and member of the Medical Disciplinary Tribunal. He received the distinguished Service Award of the Nigerian-American Chamber of Commerce for outstanding leadership performance in promoting friendship and economic development between Nigeria and USA.

He was said to have produced several successful lawyers in Nigeria including Ademola Akinrele SAN, Adedolapo Akinrele SAN, Etigwe Uwa SAN amongst many others.

Chief Akinrele retired from active legal practice in 1986 at the age of 56. In retirement, he devoted himself to the study of languages, music and rendering of Rotarian services.

He was married and the marriage was blessed with five children.