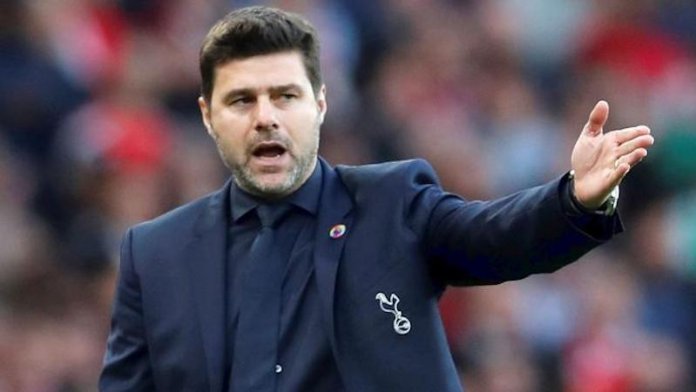 Tottenham boss Mauricio Pochettino believes his club are still battling against a negative perception of the club ahead of his side’s trip to Everton today.

The fact that Pochettino would appear to be Manchester United’s first choice to replace the sacked Jose Mourinho is testament to how well Spurs are doing, but the Argentinian reckons his side do not get the positive coverage they deserve.

They were heavily criticised for not making any summer signings, despite going on to make their best-ever start to a Premier League season, have had fun poked at them for not winning any trophies in recent years and have attracted negative headlines for work on their new stadium overrunning.

Pochettino, who earlier this season said he was enduring his “worst feeling” as Spurs boss, claims people are quick to jump on board when things go wrong. “We are on a good run, and playing well, but the moment we lose games it’s going to turn quick. I know that very well. This is normal,” he said.

Everton are winless in their last 11 Premier League matches against Tottenham Hotspur (D5 L6). The Toffees’ last league victory over Spurs came back in December 2012 at Goodison Park (2-1).

Key Everton players Richarlison and Andre Gomes are fit to face Spurs. The pair were both forced to miss training sessions this week with illness, but will both be in the squad today.

Meanwhile, Spurs striker Harry Kane is likely to return to the visitors’ starting line-up at Goodison Park after missing a training session on Tuesday with flu.

However, the likes of Serge Aurier, Mousa Dembele, Eric Dier, Jan Vertonghen and Victor Wanyama are all out injured, although Davinson Sanchez may feature having recovered from injury.

Spurs have won more games against Everton (25) than they have versus any other team in the Premier League.

Everton are winless in their last 22 games against ‘big six’ opposition (D6 L16) since beating Man City 4-0 in January 2017 but they are unbeaten in their last six home league games, winning four and drawing two.

This will be just Tottenham’s third Sunday Premier League game this season – they’ve lost their previous two so far (vs Watford and Arsenal).