The senator representing Anambra Central Senatorial Zone, Senator Victor Umeh, on Saturday threatened to expose Senator Uche Ekwunife who represented the district until her election was nullified by the court in December 2015.
Umeh, who has been 10 moths in the Senate alleged that his predecessor, Ekwunife, had drawn the constituency allowance for the zone in 2016, despite not being in the National Assembly.

He spoke during the disbursement of 31 tricycles attracted by him to the youths of Anambra Cntral District.
He said, “If some people say what I am saying is a lie, then they should challenge me, and if they do, they will end up in prison. As I speak to you, I have not received a penny from the national assembly as constituency fund since I went there, what I have been doing is with my own money.

“Rather, your former senator used her influence as a member of the APC to stop the 2017 constituency funds for the zone. I am still tracking that fund to be sure it has not yet been stolen, but once I am sure that the money is still intact, I will tell you people.
“If the money has been stolen, I will tell you, and it will be the beginning of sending some people to prison. I am there on your behalf, and you can be assured that whatever is due to you, I will not steal it, but bring it home.”

The senator said that the sharp practices which corrupt lawmakers indulge in was the reason he almost lost the 31 tricycles valued at N32million.
“When I got to the Senate, I started asking questions, and I was told that these empowerment tools have been shared to other senators. I approached them and was able to get your own.
“The government agency responsible for the distribution of the tricycles told me that the way it is done was to pay the senator half of the worth of the tricycles and he keeps them, but when he told me so, I simply told him that I was Victor Umeh and not just any other senator, and would not compromise the future of members of my constituency.

“He first told me he would settle me with N18million, but I told him I was not interested, and he added another N1million, saying it was a practice among most lawmakers, but he was surprised when I rejected his offer.”

Umeh, who distributed the tricycles to the indigent youths in the area said that if given another four year term, he would ensure that every segment of the zone benefited from his style of representation, which he described as all encompassing. 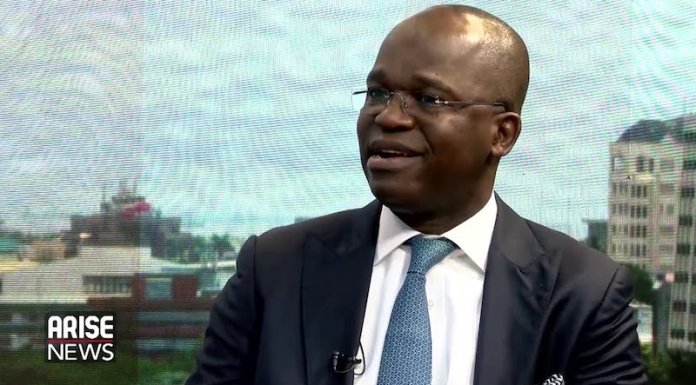