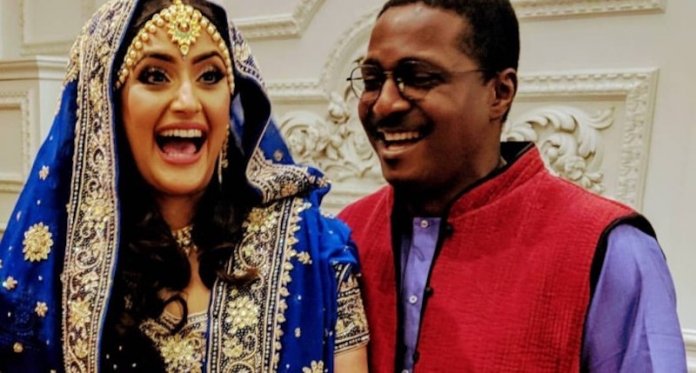 At a time when many were beginning to forget he ever existed, dandy man about town and former chief executive officer of HITV, Toyin Subair, crept back to the news circuit with his marriage to Indian beauty, Anita Gupta. The drop-dead gorgeous bride owns a fashion accessories shop in the heart of London. Introduced by mutual friends, Toyin and Anita had been dating for a few months before deciding to legitimise their union.While the friends who introduced them did not reckon it would ever lead to marriage given Toyin’s recent marital experience and divorce, they are nonetheless happy for them. The low-key wedding held in London without the frills of a typical Nigerian wedding. The new couple was joined in holy matrimony in the presence of few friends notably, Seyi, scion of the Asiwaju Bola Tinubu sprawling political dynasty, and Hon Jimi Lai Mohammed, son of Nigeria’s Minister of Information, Alhaji Lai Mohammed.

Diminutive but good looking Toyin sauntered into public consciousness as a lawyer and later the chief executive officer of indigenous pay-per-view platform, HITV, launched on August 1, 2007. Prior to the coming of HiTV, Multichoice enjoyed maximum monopoly, having the exclusive right to show the English Premier League games in Nigeria. HiTv became an instant sensation with its cheap price, potpourri of feel-good programmes and importantly, surprisingly nicking the rights to the 2008/2009 Premier League season. Due to the huge followership of that popularleague in Nigeria, HITV became a hot cake in the market. And Toyin lived it up. Then in his late 30s, he was the big boy every other big boy aspired to be; the kind of guy that would snatch your girl and you would curtsy and gladly open the door for them to pass; wealthy, attractive, effervescent, suave, articulate and fun-loving. He had a taste for the high life and fast cars and he had the cash to fund it. He ruled the roost in those days and was the life of the party. But the bubble soon burst. When the company won the premier league rights the following year, their banker, Guaranty Trust Bank could not meet up with payments.

According to Toyin then, “The real issue is that we actually won the rights, made the initial deposit payment of $40 million and expected that our financial institution would provide the bank guarantee as is the practice. But unfortunately, the bank could not do so before the given deadline.” Not long after this disappointment, HITV closed shops putting a bitter end to an ambitious Nigerian dream. If he thought that was his only headache, he didn’t envisage how lowly GTBank would go in a bid to recoup its investment. The bank dispatched heavily armed mobile policemen to all HITV offices in Lagos causing significant distress and embarrassment to staff and customers. His marriage also crashed culminating in a bitter divorce that was just finalised. He relocated abroad for a few years and totally shunned the limelight which was his oyster. Toyin has made few public appearances since then until his recent marriage which a source says might be a precursor to his new project. 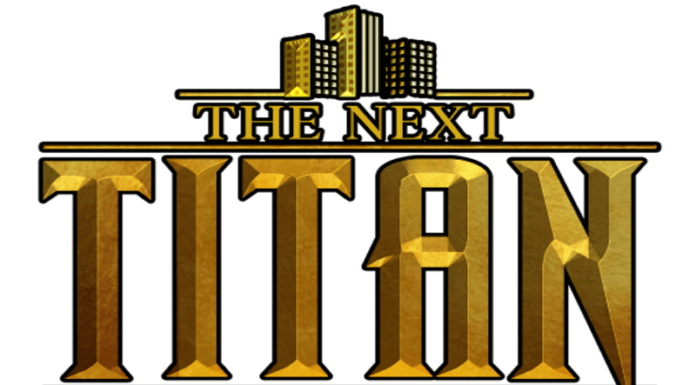