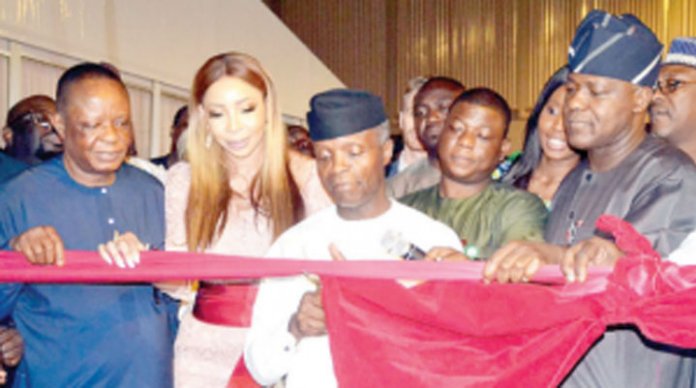 Vice President Yemi Osinbajo has said that the entrant of The Wells Carlton Hotel and Apartments into the nation’s hospitality industry would promote the Nigerian Brand.

Prof. Osinbajo, who cut the ribbon to commission the five-star hotel, located at No 8, Gado Nasko Street, Asokoro, Abuja, was impressed with its facilities, declaring that the arrival of the Wells Carlton Hotel and Apartments would herald a significant transformation in hotel services in Nigeria, particularly in promoting the Nigerian brand.

He encouraged Nigerians to be steadfast in chasing their dreams to conclusion, and not to give up halfway, insisting that “only people who are tenacious and consistent in pursuit of their dreams would fulfill and realise set goals and aspirations.”

The Vice President was, however, unhappy that some Nigerians endowed with talent and ability to transform the nation always underestimated such endowment, and get discouraged whenever there were obstacles.

Speaker, House of Representatives, Hon. Yakubu Dogara, in his remarks, stressed that such projects were required to boost the tourism industry and also contribute significantly to the economy of the country.

The exquisite hotel that is furnished to global standard, with a desire to close some gaps identified in hotel and hospitality services in Abuja, did not come easy, according to the Chairman, Captain Hosa Okunbo.

The idea of having the facility began few years ago, Captain Okunbo said: “I bought the land in 1999 for N10 million and I started the construction in 2009 and commissioned it nine years after. It took me time because I needed on board people that shared same vision with me.

“This project represents what I stand for, which are my name and reputation. But the most important joy for me was that the multi-billion-naira project was completed successfully without a dime being owed any bank or anybody elsewhere.”

He thus encouraged young people to draw inspiration from his story and dare things beyond them. He said his dream was to replicate such projects across cities of world, so that Nigeria could have a hospitality brand to compete with the likes of Transcorp Hilton and other global brands.

Okunbo said he was happy that he was able to fulfill his dream of being a job creator and a great contributor to human and socioeconomic development of Nigeria.

He said: “Currently, we have over 300 people directly working in the hotel, including foreigners, in addition to thousands of other indirect jobs that we have created. There is no doubt that the number will go up as soon as possible.”

Popular comedian, Ali Baba, who handled the microphone as master of ceremonies, also kept the guest laughing all the way. Speaker of the House of Representatives, Yakubu Dogara, led some National Assembly members to the event, while Edo State governor, Godwin Obaseki, his deputy, Philip Shuaibu, All Progressive Congress (APC), national chairman, Adams Oshiomole, and his predecessor, John Oyegun, led the political team from Edo.

FCT Minister, Muhammad Bello, who could not attend the event, was represented by the executive secretary, Federal Capital Development Authority (FCDA), Gambo Jibrin.

The Oba of Benin sent representatives, while the presence of US Ambassador to Nigeria, Stuart Symington, and other members of the diplomatic corps, and businessmen and women were conspicuous at the event. 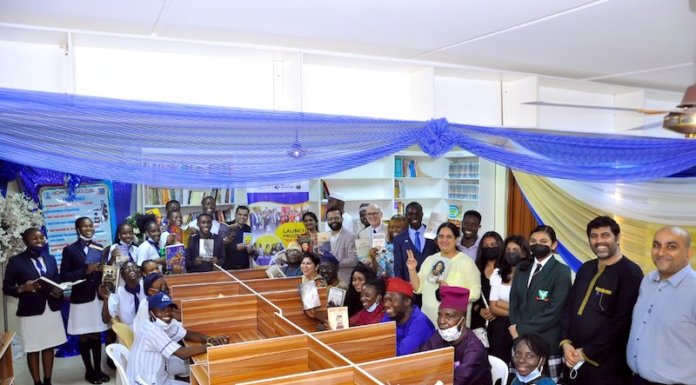