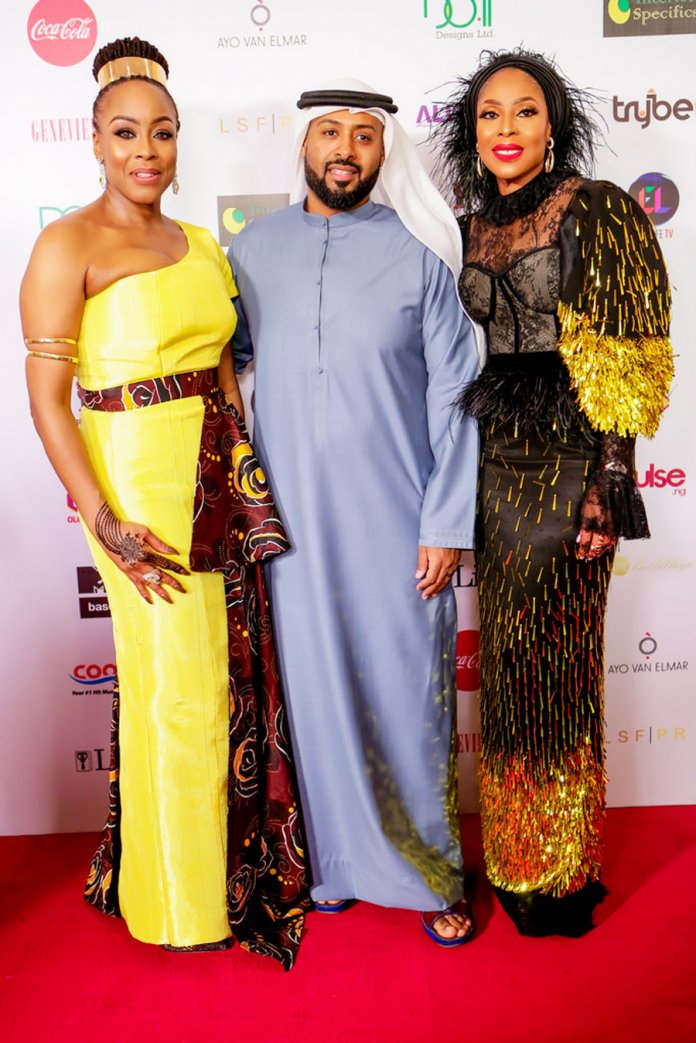 The theme of the night was ‘Opulently Nigerian – Be Extra’ and guests arrived adorned in glamorous and unique outfits fully reflecting the richness of their individual native attires. The exclusive event attracted major power players in business, politics and entertainment such as Wife of the Vice-President, Mrs. Dolapo Osinbajo, who gave the welcome speech; Lagos gubernatorial aspirants Mr. Babajide Sanwo-Olu and Mr. Jimi Agbaje and their wives. Sponsors including the MD of Keystone Bank, Obeahon Ohiwerei; Ms. Stella Obinwa and Mr. Salim Ali Mohamed Dahman of Dubai Tourism; MD of Airtel, Olusegun Ogunsanya; and Ms. Nike Adebola of Guinness Nigeria amongst others.

Chief Daddy which was produced by MO Abudu, directed by Niyi Akinmolayan and co-produced by Temidayo Abudu and Queen Martins chronicles the events that occur following the death of a wealthy and prominent philanthropist and the battle for his estate.

Chief Daddy is now showing in cinemas across the country.