The Peoples Democratic Party (PDP) has accused President Muhammadu Buhari and the All Progressives Congress (APC) of plotting to fleece poor beneficiaries of the Central Bank of Nigeria’s (CBN)’s Anchor Borrowers’ Programme, to fund the president’s 2019 re-election bid.

The main opposition party, which also accused the ruling party of sundry corrupt activities, alleged that the Buhari Presidency has been secretly diverting huge part of various social intervention funds to fund his campaign, while handing paltry sums to Nigerians.

But in a swift reaction, the ruling party said the main opposition party was only being jealous of the support President Buhari is getting from the farmers.

No fewer than 12 million farmers across the country are reportedly contributing N100 each to aid Buhari’s re-election bid.

The PDP, in a statement issued Thursday by its National Publicity Secretary, Mr. Kola Ologbondiyan, strongly condemned such acts of corruption, particularly the attempt by the Presidency to draw financial kick-back from poor beneficiaries of the Anchor Borrower’s Programme, in violation of the country’s financial regulations.

He stated, “Information at our disposal also reveals that the Anchor Borrower’s scandal is yet another scheme by the Buhari Presidency to siphon public funds and surreptitiously route same to Mr. President’s campaign.

“To achieve this ignoble scheme, the Buhari Presidency and the APC shamefully constituted a phony Anchor Borrowers Farmers’ Association, which they claimed has 12 million members, and through which they plan to siphon and launder money from public coffers to fund President Buhari’s campaign.

“Our check reveals that no such association exists and that the membership figure is just a ruse, another fabrication and attempt at procurement of fake endorsement by the Buhari Presidency, to create an impression that Nigerians are supporting President Buhari and the APC,” the PDP said.

The main opposition party has also challenged the Buhari government to speak out on the alleged fleecing of Nigerians to the tune of N2.6 trillion through hidden illegal N48 tax per litre of petrol, which it said motorists in the country have been bearing since the fuel price increased from PDP subsidised cost of N87 to presumably unsubsidised cost of N145.

Ologbondiyan said investigation has also revealed how the Buhari Presidency has been secretly diverting huge part of various social intervention funds to the Buhari campaign while handing paltry sums to Nigerians.

He noted, “This is in addition how agents of the Presidency carrying out APC’s vote-buying project, particularly the Trader-moni scheme, have been illegally collecting 10 percent kickback from beneficiaries,

“Now that Nigerians have refused to contribute to the president’s re-election bid, due to his failure in office, the Buhari Presidency and the APC are seeking ways to legitimize their stealing of public funds to finance their campaign and service the wasteful lifestyles of their leaders.”

The PDP therefore challenged Buhari to speak out and not continue to feign ignorance of these allegations bothering directly on corruption in his Presidency.

The party said that the president should know that keeping quiet would not help him.

Meanwhile, the ruling party has denied PDP’s allegation, saying the main opposition party was only being jealous of the support President Buhari is getting from the farmers.

National Pubilicity Secretary of the APC, Mallam Lanre Isa-Onilu, who spoke to THISDAY yesterday, said the farmers were not coerced but were merely responding to agricultural policy of the Buhari-led administration, which has made them comfortable in their profession.

“They want to show appreciation by donating to Mr. President’s campaign. It is the agricultural policy of this government that has empowered them to improve on their standard of living to the extent that they are now grateful to donate to the president’s campaign.

On the PDP’s charge that President Buhari is coercing farmers, Onilu said the president is a democrat who doesn’t need to force people to support him.

He said due to the acceptability of President Buhari by the people, he has always been well received everywhere he goes.

“If they think this government has the capacity to coerce 12 million farmers, then they have not weaned themselves of the military era. Our president has shown that he is a true democrat, in all actions he has taken since he was sworn in on May 29, 2015 so he doesn’t coerce anybody”. 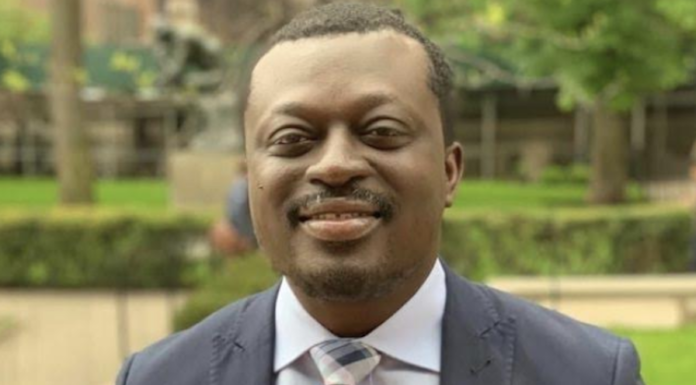