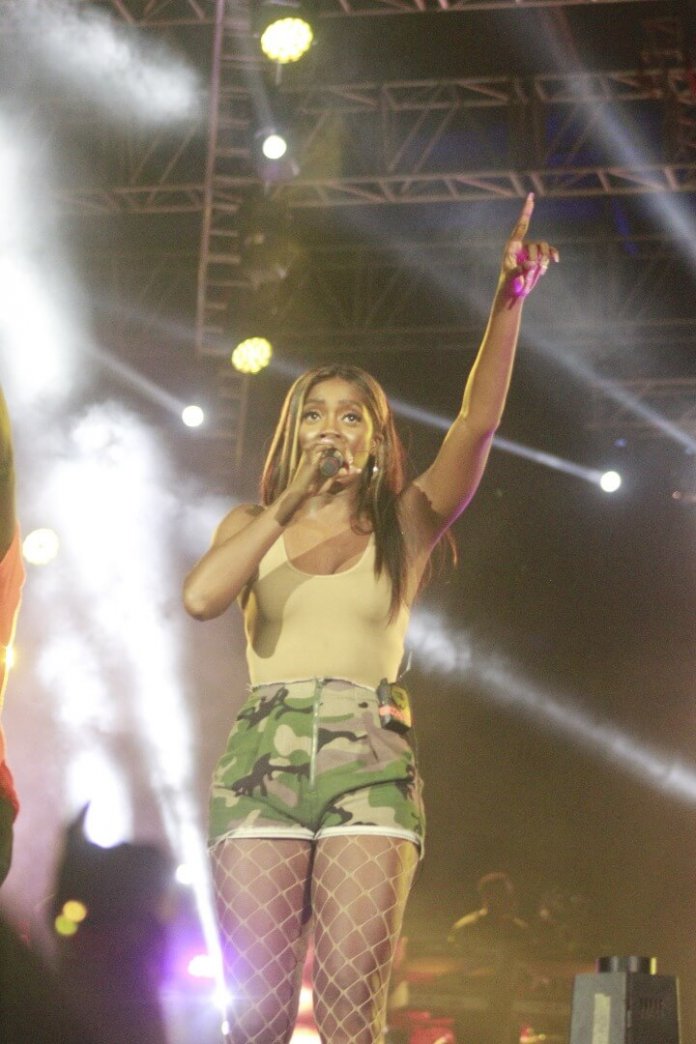 Music lovers over the weekend were given an unforgettable experience at the inaugural edition of the Born in Africa Festival (BAFEST) which held at Eko Atlantic, Victoria Island, Lagos.

Enthralled by the theatrical display, most of the music lovers caught the breathtaking spectacle on their camera phones while screaming with excitement.

Tiwa Savage brought her diva game to the stage, rocking a tank top tucked into a  cameo short worn over a net leggings. Performing hits like ‘All Over’ and ‘Ma lo’, the Mavin queen was a fan’s favourite of the night.

The frenzy was further heightened by Tiger Beer who were part of the sponsors of the event.

A Tiger corner was set up at the festival, which featured a graffiti photo area complete with a graffiti wall and car for photo opportunities. Guests were also treated to 360-degree videos and photos upon entrance into the Tiger corner.

The curated experience by Livespot for Access Bank was a potpourri of fashion, film, art and music.
Marketing Director, Nigerian Breweries Plc, Emmanuel Oriakhi,  expressed delight in Tiger Beer’s support of the event.

“This has been a landmark year for Tiger Beer. Since its launch, we have sought out ways to bring the brand closer to its consumers. BAFEST presented us with this opportunity, allowing us to introduce Tiger to young, edgy, progressive and passionate Nigerians. We intend to continue on this path and we believe this is only the beginning of what will be a long relationship between the premium beer brand and Nigerian millennials.”

Tiger Beer was launched in Nigeria in April 2017 and has since made giant strides in the Nigerian beer market, positioning itself as the go-to brand for the young, adventurous, Nigerian beer lover.  As part of the year-end celebration, Tiger Beer will also be hosting a party on December 22, at the African Artist Foundation Centre in Lekki. This party is set to feature alternative musical acts in the Nigerian music industry.