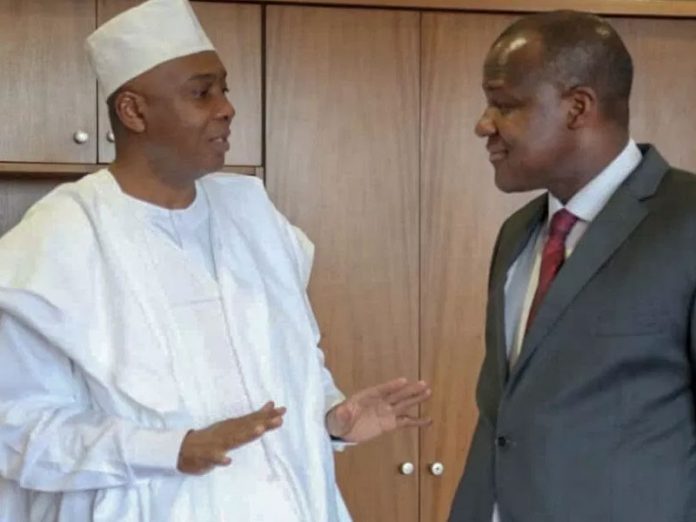 The legal action instituted by Senate President Bukola Saraki and the Speaker of the House of Representatives, Yakubu Dogara, is seeking an order of court restraining the striking workers from embarking on a strike over unresolved wage dispute.

The workers under the platform of Parliamentary Staff Association of Nigeria, on Monday commenced a four day warning strike to press home their demands.

They are alleging that the National Assembly is owing them N2.7bn being the sum of unpaid allowances for several months.

But in an exparte application filed on 18 December, 2018, the complainants are praying the court to stop the National Assembly workers from proceeding on the strike pending the hearing and determination of the substantive suit.

Part of the complainants prayers in the motion with suit No. NICN/ABJ/360/2018, include, “An order of interim injunction restraining all the defendants /respondents, particularly their agents, privies, servants, however called from taking steps to proceed or proceeding on strike, pending the determination of the motion.

“An interim injunction restraining PASAN, their agents, privies, servants from giving directives to their members to proceed or proceeding on strike.”

Delivering ruling on the exparte motion, Justice Sanusi Kado, directed the leadership of PASAN and their agents to refrain from proceeding on strike, pending the hearing of the motion.

The motion on notice was deposed to by a legal practitioner in the office of the Senate President, Mr. Sambo Ndahi.