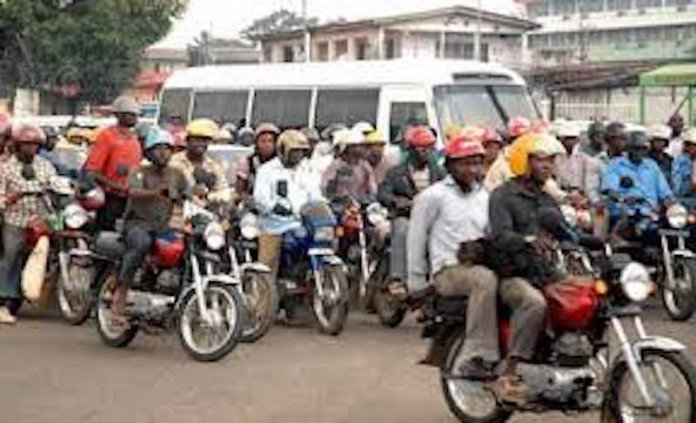 The Ondo State Government yesterday announced a partial ban on commercial motorcycles (Okada) across the state.

Under the new arrangement, the activities of commercial motorcycles across the 18 Local Government Areas would now stop at 10 p.m daily.

The state Commissioner for Information and Orientation, Mr. Yemi Owolabi, said in Akure that the development was to curb criminal activities and maintain law and order.

According to him, any motorcyclist that is on the street beyond 10 p.m. must not carry any load and must show evidence of ownership of such motorcycle.
The commissioner stressed that the ban does not affect private motorcycle owners that may be going to work or attending to emergency.

“It has got to the notice of the state government that some people are perpetrating criminal activities under the guise of operating Okada till late hours of the night.
“This has to stop, as the issue of security of lives and property remains priority of the government,” he said.

Owolabi enjoined the public, particularly commercial motorcyclists to cooperate with the government in flushing out criminal elements from the state.