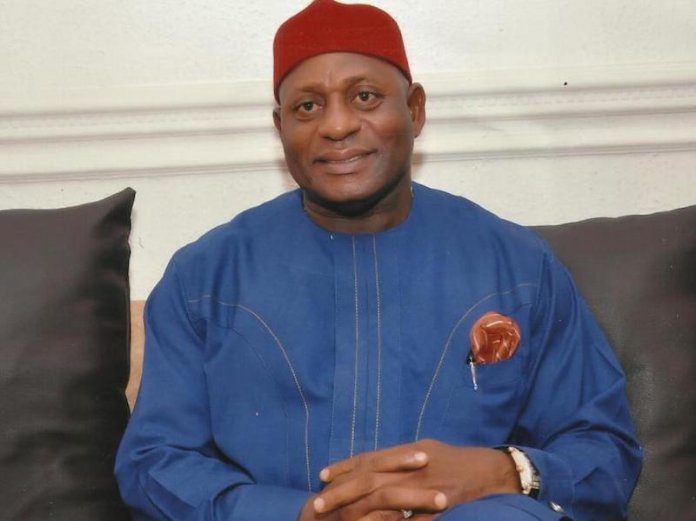 The All Progressives Grand Alliance, (APGA) has said that it will hire military mercenaries to root out insurgents from the north-eastern Nigeria if voted into power next year.

The party’s vice presidential candidate, Chief Jerry Chukwueke made the disclosure at a press conference in Abuja.
According to him, the military contractors will work alongside Nigerian Army and other security agencies to achieve the desired objective.

APGA also expressed displeasure over its exclusion from the vice presidential candidates’ debate held recently, which was jointly organised by the Nigerian Election Debate Group, (NEDG) and Broadcasting Organisation of Nigeria, (BON), saying the organisers were not fair to it.

Chukwueke said the lingering state of insecurity had grossly affected the country’s economy and led to high level of poverty.
He said: “We all know what is happening with security in Nigeria at the moment. First, we are facing insurgency as an existential threat and then we are also facing poverty as another existential threat.

“Our view is quite straightforward when it comes to insecurity. The gallant men and women we have in the armed forces are doing the very best they can under the circumstances. We are a divided nation, we know that Nigerians are fighting over scarce resources to be able to survive; it is poverty that is causing all of these insecurity issues. So, our government is prepared to engage the services of military contractors for short period of time. “Let them bring the equipment and tools and train men and women to fight alongside our armed forces to attack insurgency. You can see where we are.
“The president was clear a few days ago and when he said ‘‘I need to have an emergency meeting with Chad Basin because the Boko Haram threat is getting out of control’. That was basic truth he said.

His recommendation is that the country should immediately engage military contractors who would come in with their equipment and tools and fight alongside Nigerian soldiers and also train them.

“Our party believes that injustices and inequity in the country must also be addressed, because Boko Haram or anybody else, whether the Niger Delta agitators are all Nigerians. So wherever issues of injustice and inequity arise, we are open to address it in a way to ensure that justice and equity is duly treated but we must protect this country and ensure that lives and properties are protected,” he added.

While accusing BON of unjust treatment regarding the vice presidential debate, Chukwueke expressed surprised that APGA which he said was the third largest political party in Nigeria today with a serving governor, 11 National Assembly members and several members of state houses of assembly would be excluded from an event that featured other parties with less national presence.