Lack of critical infrastructure has been the bane of economic development in Nigeria for decades. This has remained an intractable problem that successive governments at the federal and state levels have had to tackle, with varying degrees of success.

The imperative of infrastructure as the bedrock for socio-economic development (or advancement, as the case may be) could be seen from the point of view of the fact that at no stage can it be considered to be enough, even in developed countries where provision of infrastructure is a continuous process, despite the availability of what is generally accepted as the best.

It is a different kettle of fish in a country like Nigeria with very high infrastructure deficit brought about by many years of neglect, as well as the proclivity to spend tax payers’ money on white elephants projects that have no socio-economic benefits to the people. It is one of the reasons the country is littered with abandoned projects. Addressing infrastructure deficit, therefore, is a process that can’t have an end.

This is the fact that Udom Emmanuel established when he assumed office as Akwa Ibom State Governor on May 29, 2015. The two previous administrations in the state had laid the foundation for infrastructural development in two key areas – power and roads – respectively. In order to get the state ready for the industrial and economic transformation that he envisioned, he needed to improve on those two areas and take them to a higher level.

The governor identified power as being central to the realization of the objective of having a strong economic base, and went to work to improve on what he met on assumption of office. Within one year of his tenure, he secured approval from the federal government for generation of additional 685 megawatts of electricity from the Ibom Power Plant at Ikot Abasi, built by the administration of Obong Victor Attah, the first elected governor in the current dispensation. The effort saw the injection of 2 x 15MVA and 33/11KVA into power transmission in the state. The government also rehabilitated facilities that are strategic to power supply at Ekim-Itam, Mkpat Enin and Ikot Ekpene. Today, between 85 per cent and 90 per cent of villages and communities in the state are connected to the national greed, while some sections of the state enjoy between 18 and 20 hours of power supply daily. And in order to ensure the state remains an island of constant power supply during periods of national outage, the government has installed what is known as “dead bus technology” in the transmission system. The system would guarantee regular power supply in the state, even when the entire country is in darkness. Akwa Ibomk is the only state in the country with such facility.

The government has obtained a financial investments decision (FID) from the World Bank for the construction of a 540 megawatts Qua Iboe Power Plant at Eket. The project, which is being promoted by Qua Iboe Power Plant Limited (QIPPL), an initiative of ExxonMobil, is estimated to cost $1.1 billion, with an additional $500 million for gas to boost power generation in the country.

Governor Udom Emmanuel said at the signing of the Memorandum of Understanding for the project that it would solve the country’s gas challenges, and commended QIPPL for its commitment to its execution. “I am always glad to be associated with something that will drive employment, provide the bases for industrialization and I think the QIPP is just one of them”, he said.

Mr. Brian Herlihy, Chief Executive Officer of the company, commended Governor Emmanuel for his support for the project, and assured that construction of the power plant would commence before the end of 2018. He said the project was aimed at establishing a fruitful relationship with the neighbouring communities and also developing sustainable programmes for accelerated socio-economic development in the state and the country at large. He also said more than 20, 000 indigenes of the state would be employed during construction of the plant.

The various initiatives are all geared towards making Akwa Ibom truly independent in power generation – a necessary requirement for creating a conducive climate for investment, which the Udom administration has started delivering in the state.

“I said our duty will be to industrialize Akwa Ibom and you cannot talk about industrialization if you don’t give power to the people”, Udom said. “You must create an enabling environment”.

The governor’s intervention in critical infrastructure has made it possible for investors to begin to look in the direction of Akwa Ibom, in a manner the state had not witnessed before his assumption of office. This is evident in the number of investments that have come into the state in the last three years, which have been responses to the favourable investment climate the administration’s policies have engendered in the state.

“The government has been fantastic in terms of infrastructural support”, said Mr. Tolulope Ogunkolade, managing director and chief executive officer of the Akwa Ibom Electricity Metering Solutions Company, one of the industries Udom has attracted to the state. “The government also facilitated electricity supply. The intervention of the government has also led to improved company/community relations”.

At the time Udom took office, infrastructural development in Akwa Ibom – mostly road construction and rehabilitation – was concentrated in Uyo, the capital. Not much attention was paid to other parts of the state, including the hinterland. The governor realized that in order to make the state attractive for investment, there was need to make all parts accessible. He therefore embarked on massive road construction and rehabilitation to open up the state, in such a way that today, there is no part of the state that cannot be reached with ease under two hours – from one end to the other.

At the last count, the Udom administration has constructed 1, 701 roads and 35 bridges, while more are currently under construction across the state. The administration has had to pump more money into completion of the 25-kilometer Uyo-Ikot Ekpene Road that was left uncompleted by the immediate past administration, despite the fact that there was full budgetary provision for it , and on paper, the road was supposed to have been completed. The strategic importance of the road lies in the fact that it is the main highway that connects the South East geo-political zone with Akwa Ibom and Cross River states.

Other roads that are of strategic economic importance include the 20-kilometer Ikot Oku Ikono Road; 29-kilometer Etinan-Ndoneyo Road, and the 12-lane Eket-Ibeno Road that has a connection to the Ibaka Deep Sea Port.

The road to the deep sea port is of paramount importance to the government. It is one of the outlets that would ensure easy flow of traffic when the port is completed and becomes operational, because of the volume of business Ibaka is expected to generate in the Gulf of Guinea.

“We want to be different from Lagos by providing roads so that we will not have another Apapa scenario along the sea port”, Ephraim Inyang-Eyen, Commissioner for Works, told reporters in Uyo. “We want to prevent traffic snarl. Before December, we will intensify efforts in doing the road. Already, we are filling the sand and building bridges on the 5.5 kilometre road. Already, nine kilometers have been sand filled. It will be commercialized. Tolls will be collected and the money collected will be used for maintaining the road”.

The government would have achieved more in terms of road construction if not for numerous court cases that delayed many of the road projects over compensation issues arising from demolition of properties and encroachment on farmlands. At a stage it had 189 court cases to contend with. Udom achieved peaceful resolution of many of the cases to get the work done.

“We needed to have peace to be able to construct the roads”, Inyang-Eyen said. “The governor never intended to abandon any road project. But some owners were using private valuers to cause problems”.

Udom resorted to peaceful settlement of the disputes to ensure political and ethnic motives were not read into delay of projects, since his mandate covers the entire state, and not certain sections or ethnic units.

“I am not playing politics with the development of the state”, the governor said. “Our development efforts cut across the local governments and senatorial districts. Ours is not a government of ethnicity. Our projects are of high quality. But the speed of delivery may have been slow due to financial challenges”.

The government has embarked on construction of a second runway for the Ibom International Airport, in addition to an upgrade of its main runway to Category 2, to meet international standards. Akwa Ibom is the only state in the country that owns and maintains an airport independent of the federal government, even though aviation is on the exclusive list. The government pays federal agencies operating at the airport, including the Federal Airports Authority of Nigeria, despite the fact that the federal government has no hand in its maintenance.

From inception, the Ibom Airport was powered by 12 electricity generating sets, with N25 million spent every month on diesel only, apart from the high cost of maintenance. The Udom administration has installed two transformers of 12 megawatts each to guarantee constant power supply to the airport. This is in addition to 22 compact transformers that have also been installed to ensure there is nothing like power outage, even for a second.

The government has completed work on the Idongesit Nkanga Secretariat Annex, to provide a more conducive working environment for the state’s civil servants. It is one of the ways the Udom administration has been able to guarantee a healthy government-labour relationship in the state. Akwa Ibom is one of the few states in the country where labour crisis is a rarity.

The government is currently tackling the perennial flooding in Uyo, whenever it rains. The flood control project on Nsikak Eduok Avenue is one of the initiatives designed to eliminate flooding in the state capital, to give the city a more welcoming ambience.

Governor Emmanuel has promised to raise the bar in provision of infrastructure in his second term. This is because in his consideration, the state is still far from attaining the height he envisages, against the background of the conducive environment he is trying to create, to make businesses thrive. 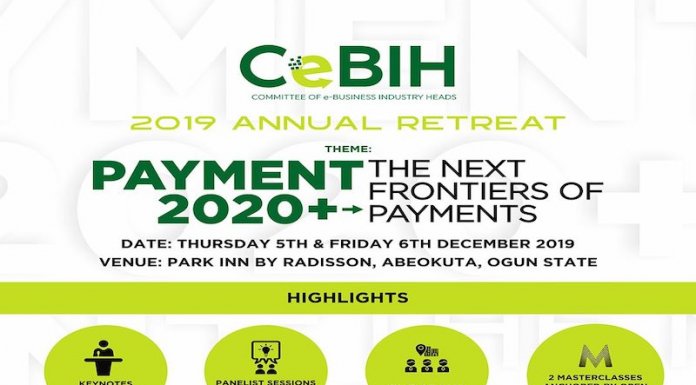