After several weeks of speculations, aggrieved close aides of Ogun State Governor, Sen Ibikunle Amosun, on Monday, unveiled Allied Peoples’ Movement (APM), a new platform on which they intend to vie for various elective positions in the upcoming 2019 general elections.

Also, the party unveiled its governorship candidate, Hon Adekunle Akinlade, while inaugurating the party’s structure.
Akinlade, the preferred governorship candidate of Amosun, was denied the All Progressives Congress (APC) ticket by the National Working Committee (NWC) on account of what the national leadership of the party tagged “self-help” during the primaties, that the state hierarchy had resorted to, with the active collaboration of the governor, and rather, gave the ticket to Prince Dapo Abiodun, as the standard bearer.

Four commissioners, a handful of close aides and few lawmakers of the House of Assembly and all 26 State House of Assembly candidates that were denied ticket by APC also dissolved into APM
Akinlade, who is currently representing Yewa South/Ipokia Federal Constituency at the National Assembly, was presented to the APM party faithful at a press conference at the party’s secretariat in Abeokuta, the Ogun State capital, by the APM state Chairman, Mr. Patrick Oyatayo, as well as his campaign committee members.

The governorship candidate, while speaking, said he joined the APM in order to sustain both in principle and tempo the rebuilding mission of Governor Amosun which began seven years ago.

He said that his stake in the governorship race is as a result of a strong desire to ensure that the state has an orderly and peaceful succession
Akinlade noted that his strong desire was visited with injustice by some people for their personal agenda in the APC other than overall good of the party and the society at large.

He said imposition of candidates and open hostility to the duly elected party leadership in the state have compelled him and other loyalists in the Governor’s camp to look for an alternative platform in ” search of injustive, internal democracy and the sustenance of the mission to rebuild Ogun state. “

Akinlade stated that the mission and struggle against marginalisation of the people of Ogun West Senatorial District must be pursued to its logical conclusion and he insisted that no indigene of the zone has ruled the state since its creation in 1976.

This (marginalisation), he said was against the spirit of fairness, equity and injustice, saying, “The time is now “.
Also, while answering questions, the DG, Akinlade’s Campaign, Ishola, said he took up the job in order to fight injustice meted out to the duly elected candidates in APC before they joined APM and became candidates.

He said he so much believed in the Yewa zone agenda to become the Governor of the state.
Ishola said the campaign committee would support and work for the re-election of President Muhammadu Buhari in next year’s general elections. 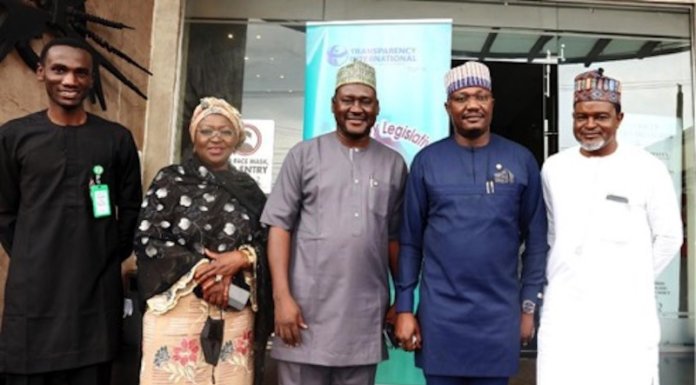