There is an important lesson to be learnt, rather regrettably, from the scorched-earth terrorism that Boko Haram and other suchlike terror groups have been promoting all over the world and the fallout from this lesson has made people like Marie Le Pen, Donald Trump, Viktor Urban, myself, and a lot of other well-meaning observers quite suspicious of the idea of multiculturalism.

The situation that approximated a perfect multicultural co-existence was that of the Northeast of Nigeria just before Boko Haram struck and decimated this region. Over in that Northeast then, Christianity was practiced without molestation and there was a strong connect between the Christian communities of southern Niger Republic, southern Chad, northern Cameroon, and the Nigerian states of Adamawa, Yobe, Borno, Gombe, Bauchi, and Plateau.

In fact, Plateau was the centre of missionary training and preparation that sent out workers to these contiguous entities; on the other hand, Islam was happily practiced by its adherents, and this was so until the terror turd hit the fan, if you will excuse that expression.

Who hurled the turd? Apparently, hardcore Islamists hated the concept of multiculturalism because it was not recorded as one of the “true paths.” These hardcore elements started off, with support from several terror-minded Islamic charities and countries, by massive hate sermons and exclusion practices that menaced the Christian community in no small measure. Because Nigeria had a token of a security system that protected everyone and the vestige of a semblance of law and order, it was then necessary by these hardcore Islamists to create an Islamic enforcer in the shape of Boko Haram.

Thus, Boko Haram was duly “chartered” and the Christian community went up in smoke; the painful reminder of this fact to this day is the continued detention of the remnants of the abducted Chibok Christian girls and the continued detention of Leah Sharibu and Alice Ngaddah in abject servitude. The fact that other world leaders like the pro-multiculturalism Angela Merkel and Emmanuel Macron should know is that people like Ms. Le Pen, Trump, and Orban are not “bigoted” in the least but they sure each do have a duty to ensure the preservation of the society they call home. Now, is it any wonder that Christianity is still illegal in the heartland of Islam known as Saudi Arabia? 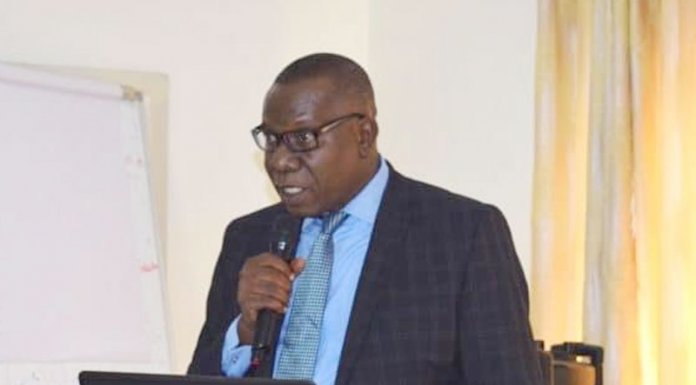 You are a Sellout, Kashamu Accuses Ogun APC Ex-Chair