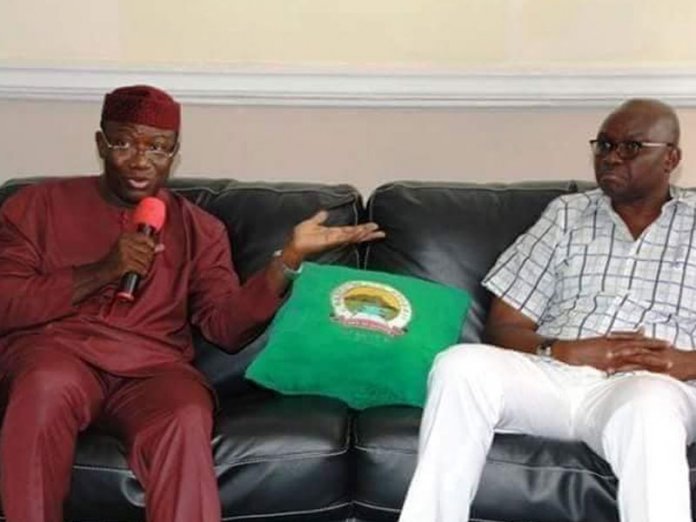 While Fayose accused the All Progressives (APC) of sponsoring the political thugs that booed him at the wedding of the daughter of Ewi of Ado Ekiti, Oba Rufus Adejugbe, Fayemi claimed that is immediate predecessor was being haunted by ghosts.

In a statement by his media assistant, Mr. Lere Olayinka yesterday, Fayose alleged that Fayemi and the APC incited the miscreants against him at the Cathedral Church, Ado-Ekiti, the venue of the wedding.

Fayose claimed that Fayemi’s response to the overwhelming reception Fayose received in Ikere and Ado Ekiti when he returned to the state two months ago was to arrange miscreants, who invaded the Church where the wedding ceremony of the daughter of Ewi of Ado Ekiti, Oba Rufus Adejugbe was held.

Fayose, who thanked Ekiti people for their continuous demonstration of love towards him, said rather than sending less than 15 miscreants “to

the house of God to boo Fayose, Fayemi should either face the reality of his rejection by the people or engage in actions that will make the people to love him.

“Even if Fayemi and his party of thugs do not regard the Ewi of Ado Ekiti, should not they have at least accorded the dignitaries who came from far and near to honour the revered monarch respect by keeping their miscreants away from the church?

“Rather than achieving their sinister aim, Fayose entered the church amidst loud ovation and this should get Fayemi and his men to begin to ask themselves what they have done wrong instead of adding more salts to the injury of their rejection by the people.”

He accused Fayemi of sponsoring a faction of the Drivers’ Unions to block the front of a motor-park along Ado-Ikere road to attack Fayose, not knowing that he had already entered Ado Ekiti.

According to him, Ekiti people will continue to love Fayose because he served them well and most importantly, he never distanced himself from them. Fayemi should submit himself to the authority of the people by acting as their servant instead of his present display of power arrogance.

In a response to Fayose’s statement, Senior Special Assistant to Fayemi on Public Communications, Mr. Segun Dipe said Fayose “is only being haunted by his past misdeeds. We know who has always been disrespectful to the Ewi.

“We know who demolished ancestral homes in Ado Ekiti. We know who seized people’s lands for personal use. But this time around, it is the enemies within the PDP that are contending with Fayose, not anyone from outside

“Let him do the needful by apologising to those he offended in his party and those he demolished their building or seized their lands, then he will not be haunted by ghosts.” 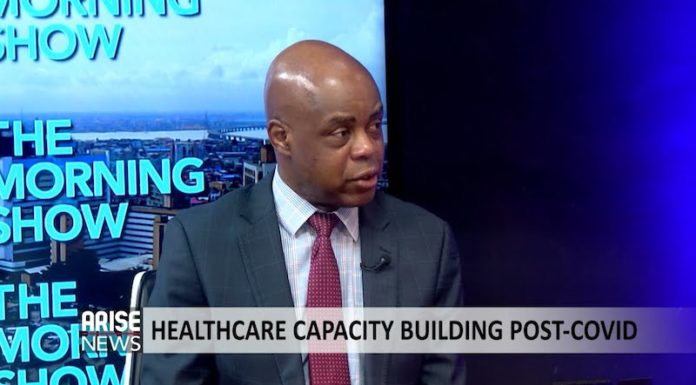