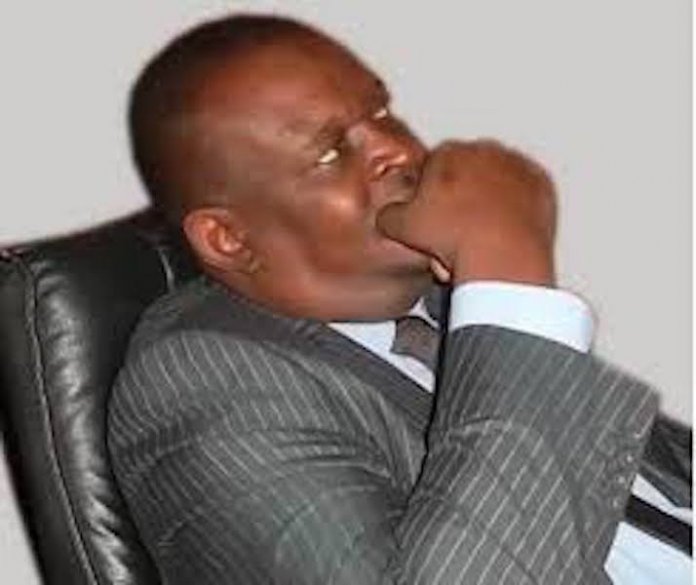 In 2017, I wrote up two articles titled ‘My Dream for Ebonyi State’, which was published in two parts in THISDAY Newspaper of 14th and 21st April. The article was invariably an imaginative flight of my fancy of a preferred future for the state, thought out within a principled framework of my ‘Scriptural Paraphrases and Illustrations in Ehugbo Dialect’ (SPIED). For it would appear that, the half education of Nigerian Pentecostalism opened the eye of my heart to spew out the secrets of God. ‘My Dream for Ebonyi State’, was a synopsis of the statesmanship, under Pharaoh, of Joseph, who was a society man, though, the secret one, whose name he knew not, unknown to his world, which regarded him as a recluse in incarceration.

A discerning reader of the articles must have perceived a trajectory of development strategy and policy in an extravaganza of onomatopoeia, idioms and metaphors. But it must have equally left a retinue of questions in the mind of a secular reader. This article attempts to situate the answers within the context of a manifesto I never wrote. To those that might wish to dub my ideas, it is okay for someone to interpret your dream, but the vision has got to be yours. A manifesto would appear to be a statement of principles, motives and intentions, a spurn of yarn to sell an aspirant to a party and market him/her to the electorate.

I believe that the work of an incumbent is for a certain time distance defined by law but accustomed to one and a half years of governance and two and a half of politicking, totalling four at the minimum and eight at the maximum. It is therefore advisable to do one or two key things than to try doing all at once and do nothing at all in the end. To begin with, I do not believe that a state that has capital in addition to labour and land can go into receivership, receiving allocation from the federal government. I believe that fiscal federalism is conceived in states of differentiation, specialization, competition and complementarity, under one national state of free democratic enterprise, social justice and inclusion. The status of the state therefore, as an imperial proxy, is the full business action of a sovereign federation.

In line with the extant narrative, I began to ask myself, what indeed are Ebonyi State strengths, weaknesses, opportunities and threats. The state as found, of all the South East states, is most endowed with land, a pristine factor of production. This would appear to represent opportunity for self-expression and fulfilment of own best-self.

The territory is however a remote cul-de-sac. Moreover, like the rest of the federation, the state is in precarious position of territorial compromise by insurgents. As a fourth generation state, Ebonyi is one of the least endowed with infrastructure and internal capacity having suffered arrears of deprivation from federal resource allocation and representation. Implicit in this is a threat of fiscal morass and a need for good governance and sustainable development. We must then have to look for unique reasons why people would have to come to Ebonyi and how to give the state a utilitarian exposure.

In line with my principle of inclusion, this should be done with key stakeholders, such as civil society organisations, leaders of thought, religion and tradition, non–governmental organisations and so on. Together we shall explore how to bring the state governance more into social space, bringing down cost of living, elevating the real income of workers and re-inventing a middle class of active citizens who can invigilate political process and make enlightened demands on government.

My following suggestions on how to go about the foregoing are therefore hypothetical but are also intended to fascinate the reader: we’d consider that Joseph dwelt in the bush and King Solomon built a house in the forest. A government-house for-rest, modelled after ‘Camp David’ shall be built, in order to appropriate strategic retreat in wisdom of the ancients, such that heads of state and government can conveniently obtain, putting the state on the world map. ‘Abakiliki’ arguably sounds more exotic than the rest of state capitals of south east geo-political zone of the federation, but the physical environment remain that of a sub-urban township.

There shall be massive transformation of the physical space to inspire our people. We intend to do a mini Champ Elyse with a tract of grassland dotted with trees flowers and shrubs, buntings of flag and full and uninterruptible street lighting with solar-power, heralding visitors into the city. All the streets shall be paved with inter-locking stones and named after iconic figures such as: Mmilicar Cabral boulevard, Kamuzu Banda Crescent, Osei Tutu Drive, Ordorbro Close, Starehe Boys Scout Lane, Babarosa Avenue, Mansa Musa Horse Race Course, Moshe Dayan Freedom Park, Dan Fodio High-Street, Donald Trump Count Down City Clock, Netanyahu Polo Park, Gbazue Agu gbazue agu Roundabout…We shall build a monastery to be known as ‘Aladin Hall’, for clerics, philosophers and poets.

Vocational training for artisans and full-bright scholarship for citizens will be explored with City and Guilds U.K and foreign ivy -league academic institutions respectively. We shall also inter-alia, look into social intervention in partnership with business service providers as well as install CCTV, put up un-manned aerial vehicles and trained, mobilizable and well equipped militia. We shall do regular state of the state broadcast in order not to leave our motives and intentions open to interpretation. My dear ladies and fellow grand-Ebo-knights, as things begin to unfold; I see the name, Grand Ebonyi Metropolitan State, taking on our state…