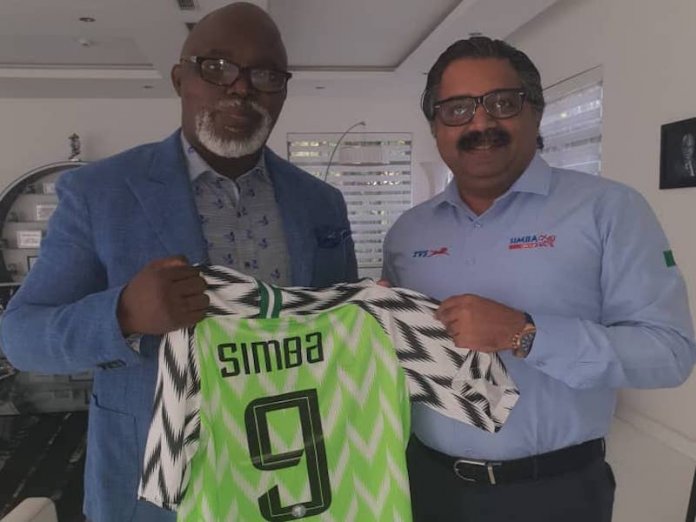 The President of the Nigerian Football Federation (NFF), Mr. Amaju Pinnick, has thanked, Simba Group, distributors of TVS motorcycles and tricycles, for their close ties and support for Nigerian football.

The NFF president recently visited the Group’s head office in Oregun, Lagos where he presented a customised Super Eagles jersey to the Business Head of Simba Group, Mr. Manish Rohtagi.

Speaking at the event, the Business Head of Simba Group, Mr. Manish Rohtagi, explained that the company, which is one of the country’s most respected business groups, has been operating in Nigeria for over 30 years.

Within that time, the group, he noted, has contributed greatly to the nation’s economy while its portfolio of widely recognised brands, continue to dominate industries in which they operate.

Rohtagi said Simba has supported national football at many levels, but officially became sponsors of the Super Eagles through their TVS brand of motorcycles and tricycles early this year.

This recent ceremonial visit, followed an event held in November, where Simba thanked Head Coach of the Super Eagles, Mr, Gernot Rohr, for his team’s efforts at the FIFA World Cup in Russia last summer.

Speaking at the event, Managing Director of Simba Group, Chief Vinay Grover, said: “We celebrate the success that the Super Eagles have had this year, and are also so proud of all the other national football teams, especially the Super Falcons and the junior teams representing our country. Our association with the NFF is very special, and we are honoured to be contributing to the development of the sport locally.” 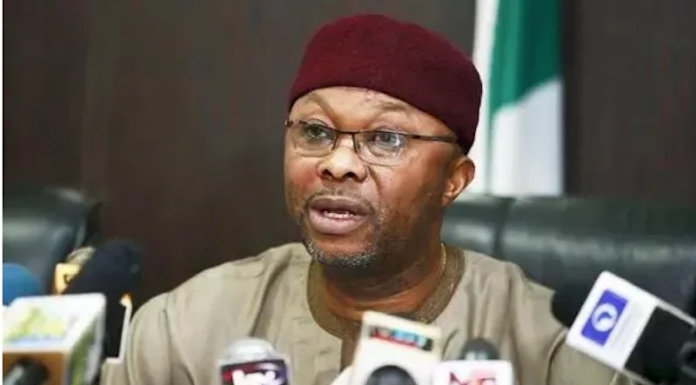