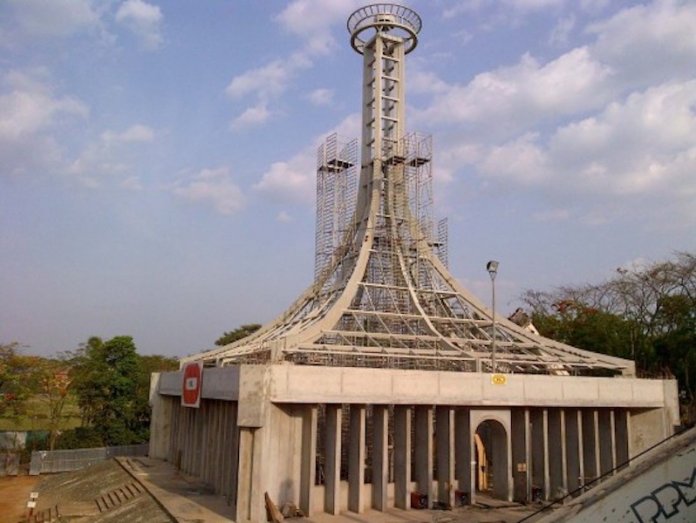 The Minister of Works, Power and Housing, Babatunde Fashola, has denied insinuations that the Zik Mausoleum which was recently completed was being used by President Muhammadu Buhari to woo Igbo people for political support.

Fashola stated this yesterday in Onitsha, Anambra State, during an inspection visit to the project, which is in honour of the first President of Nigeria, Dr. Nnamdi Azikiwe.

He said the Buhari administration decided to work on the mausoleum, which is also known as Zik’s place as a mark of honour to the late sage especially as the project has suffered abandonment by successive administrations.

The minister said: “This is the fourth time I have visited this project since 2016. Why didn’t you accuse us then that we were playing politics with it? “Now that we have completed the project, you are now saying it’s politics. Well, if that is politics, it’s development politics, and I think I like that type of politics.”

The minister thanked the staff members of his ministry for working dedicatedly to ensure the completion of the project.
He said he could not give the exact figure what it cost the federal government to complete the mausoleum, but added that what was left in the project was furnishing.

The Minister of Labour and Employment, Dr. Chris Ngige, who accompanied Fashola on the inspection, expressed gratitude to Buhari for the honour done to Zik and the Igbo by completing the project.

The project which was started in 1997 had remained abandoned until the President Goodluck Jonathan revisited it and also later abandoned it.
Ngige said: “This is the beginning of the great things coming to the Igbo people from the Buhari government. What successive governments couldn’t do in two decades, the APC government of President Buhari has done it in three years.”