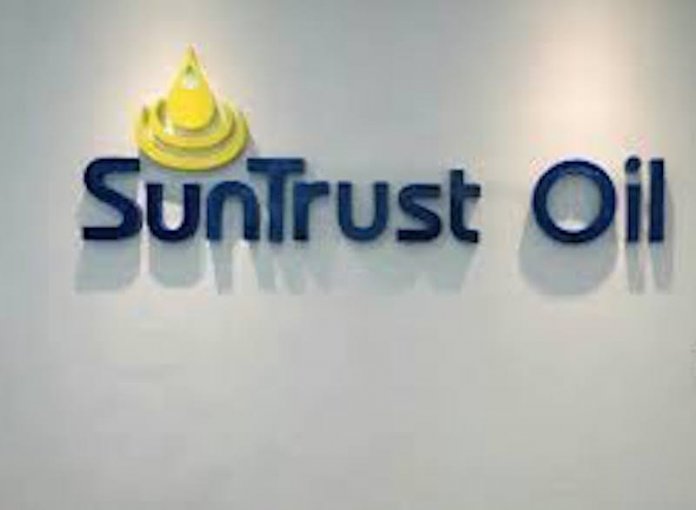 With the breakdown of the out-of-court-settlement between an indigenous oil company, Suntrust Oil Company Limited and an Irish company, San Leon Energy Plc, the court has fixed February 6, 2019 to resume hearing on all pending applications and winding up petition, Davidson Iriekpen writes

A Federal High Court in Lagos has fixed February 6, 2019 to hear of all pending applications and the winding up petition filed by an indigenous oil company, Suntrust Oil Company Limited against an Irish company with business interests in Nigeria, San Leon Energy Plc. The court, presided over by Justice Sule Hassan, arrived at the date, due to the breakdown of the out-of-court-settlement initiated at instance of the respondent, San Leon Energy Plc.

Trouble started when on March 14, 2018 in suit number FHC/L/CP/402/2018, Suntrust Oil Company Nigeria Limited filed a winding up petition against San Leon Energy Plc, a limited liability company incorporated in the Republic of Ireland for failure to pay Guaranty Trust Bank (GTBank) loan. Suntrust Oil, in the petition, alleged that the Irish-based firm was indebted to it to the tune of $47,689,123 as of March 14, 2018.

The petitioner added that the debt excludes further interest, which has accrued since September 20, 2016, to which San Leon remains indebted. The particulars of the debt as submitted to the court by Suntrust Oil showed that in June 2016, it sold shares to Midwestern Leon Petroleum Limited in return for the payment of the sum of $53,839,123.
The court documents showed Suntrust Oil had acquired the sale shares with the proceeds of a loan from Guaranty Trust Bank, which amounted to $53,839,123.

Suntrust Oil further told the court that in or about August 2016, San Leon Energy took over the sale of shares from its affiliate Midwestern Leon in return for payment of GTBank loan to Suntrust. According to the petitioner, San Leon Energy had informed it that it (respondent) would pay the GTBank loan from the proceeds of sale of its shares, which at that time were the subject of an application for admission to the London Stock Exchange’s Alternative Investment Market.

In an irrevocable payment guarantee dated September 20, 2016, San Leon was quoted by Suntrust as stating that “San Leon Energy hereby issue this irrevocably and unconditionally guarantee to Suntrust, that San Leon shall pay sums due under the GTBank loan and GTBank loan interest. San Leon hereby confirms that the GTBank loan and GTBank loan interest shall be fully paid and discharged on or before November 30, 2016.”
Suntrust, however, added that San Leon Energy made only three small payments and defaulted on the terms of the guarantee.

“The respondent has made three small payments in respect of principal and interest pursuant to its irrevocable payment guarantee as follows: December 21, 2016 – $1.35 million; March 8, 2017 – $4 million and $800,000. Notwithstanding the three payments referred to in the preceding paragraph, the respondent has failed or refused to pay and discharge the debt. Your petitioner reasonably believes that the respondent is insolvent and unable to pay its debts,” said Suntrust Oil in the petition.

When the winding up petition was filed, due to the refusal of the respondent to accept the verifying affidavit and other supporting documents from a courier service, Justice Hadiza R. Shagari issued an order granting leave to petitioner to serve the processes on San Leon. The judge also granted Suntrust’s application for leave to advertise the winding up petition, affidavit and other processes and supporting documents on San Leon in the Republic of Ireland, outside the jurisdiction of the court at the respondents registered office. He further ordered that such service be effected by way of airmail courier service at the identified San Leon Energy’s registered office outside the jurisdiction of the court as First Floor, Wilton Park House, Wilton Place, Dublin 2, Republic of Ireland.

While this was going on, Suntrust alleged that in order to acquire an indirect economic interest in OML 18, San Leon Energy Plc began acquiring direct and indirect interests in Martwestern Energy’s shareholding from March 2016, contrary to the November 2013 shareholders’ agreement between it, Martwestern Energy, Midwestern Oil, and Mart Resources Inc.

It therefore asked the court to summon San Leon and six other defendants – Midwestern Leon Petroleum Limited, Martwestern Energy Limited, Midwestern Oil and Gas Company Limited, Mart Resources Inc; Minister of Petroleum Resources and the Corporate Affairs Commission (CAC) – to appear before it within 30 days in the suit No. FHC/L/CS/793/2018 brought before the court by Suntrust Oil in respect of Oil Mining Lease (OML) 18.

According to the concurrent writ of summons issued by Suntrust’s lawyer, Prof. Fidelis Oditah (SAN) and signed by the court Registrar, he asked the court to stop the process with immediate effect by summoning the defendants to appear before the court within 30 day to explain why they (San Leon Energy and Midwestern Oil and Gas) formed Midwestern Leon Petroleum Limited as a special purpose vehicle to acquire and restore the entire shareholding in the Martwestern Energy outside the framework of the shareholders’ agreement.

The plaintiff also told the court that Midwestern Oil and Mart Resources Inc. transferred all their shareholdings, four million shares each, to Martwestern Energy to Midwestern Leon Energy (Sale Shares), adding that Midwestern Leon did not execute the Deed of Accession as required by Clause 13 of the shareholders’ agreement. It further alleged that none of the sale shares was offered to it whether pursuant to Clause 11 of the shareholders’ agreement or otherwise, adding also that at no point did it waive its right of first refusal.

In its claim, the plaintiff sought 18 reliefs, including a declaration that by virtue of Clause 11.1 of the shareholders agreement dated November 2013 between the plaintiff and the third, fourth and fifth defendants, no shareholder has the right to sell or transfer or otherwise dispose of all or any part of its shareholding in the third defendant unless and until the shareholder first gives the other shareholders a right of first refusal to buy such shares evidenced by a transfer notice stating the selling shareholder’s intention to sell such shares and setting forth the full terms including the price at which it intends to sell the specific shares.

For all of this, San Leon raised a cloud of spurious objections as most companies facing a winding up petition do. It later opted for an out-of-court settlement. Between July and early October 2018, both parties and other interested parties explored out-of-court-settlement and the winding up proceedings were adjourned. While some progress was made, San Leon and its affiliates could not perform their own side of the bargain, leading to a breakdown of the out-of-court-settlement.
This made Suntrust to resume the litigation and on December 3, 2018, the court scheduled February 6, 2019 for the hearing of all pending applications and the winding up petition.