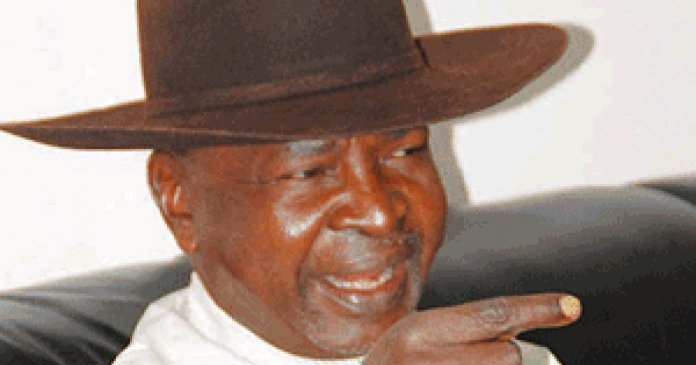 Sen. Ahmed Aruwa, who died early Sunday morning, has been buried at Turaki Aliyu Cemetry, Unguwar Sarki, Kaduna after funeral prayers held at Sultan Bello Mosque.
The News Agency of Nigeria (NAN) reports that Sheikh Ahmad Gumi led the funeral prayer at about 1:00 PM.
The funeral prayer was attended by former Vice President Namadi Sambo, Gov. Nasril El-Rufa’i, and former Governors of Kaduna State, Ahmad Makarfi and Ramalan Yero, as well as People Democratic Party (PDP)  governorship candidate Isa Ashiru among others.
Aruwa represented Kaduna central senatorial district in the upper legislative chamber between 1999 and 2007 under the All Nigeria Peoples Party (ANPP).
He founded the defunct Ranchers Bees football club that nurtured prominent national players like Daniel Amokachi, Dahiru Sadi among others.
Aruwa who died around 4:30 am at a private hospital in Barnawa, Kaduna, had suffered prolonged illness before his death.(NAN)