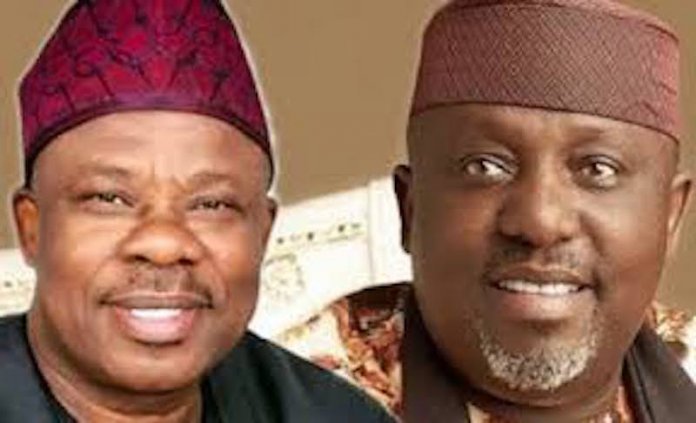 Ojo Maduekwe writes that the refusal of Governors Ibikunle Amosun and Rochas Okorocha to defect along with their aides, is not borne out of party loyalty, but a desire to fulfill their 2019 senatorial ambition

The controversy that greeted the primaries of the All Progressives Congress (APC) still lingers, and has taken an expected turn, with associates of two out of the three aggrieved governors of Zamfara, Ogun and Imo defecting to other political parties ahead of 2019.

In Zamfara, there are insinuations that Governor Abdulaziz Yari and other members of the APC who had hoped to run for election on the party’s platform before the Independent National Electoral Commission (INEC) barred them from doing so, on account of the APC failing to conduct primaries in the state, are waiting for “the right time” to defect.

There have been reports that some of the aspirants and their supporters had “sealed pact with smaller political parties”, and were only waiting for the “right time” to announce their new platforms.

Last week, the Imo state governor, Rochas Okorocha, informed State House correspondents of the defection of his son-in-law, Uche Nwosu, several other aides and members of the State House of Assembly from the APC to the Democratic People’s Party (DPP).

In Ogun state, associates of Governor Ibikunle Amosun, hoping that the national leadership of the APC might still attend to their grievances, waited few hours to the December 1 deadline set by the Independent National Electoral Commission (INEC) for the substitution of candidates before dumping the APC for the Allied People’s Movement (APM) party.

Amongst those who decamped to the APM were Amosun’s preferred candidate for governor, Adekunle Akinlade, and four members of the state House of Assembly; taking with them thousands of their supporters.

In both instances, and in furtherance of an ambition that eclipses loyalty to the party, the governors who would be contesting for the senate in their respective states in the 2019 elections, stayed back in APC.

Even when they claim to have remained to “work for” President Muhammadu Buhari’s reelection, critics believe their stay to be purely selfish, and consider them delusional to think they can still deliver their states for Buhari, or defeat their party’s gubernatorial candidates.

Justifying the defection by his aides, Okorocha blamed his misfortune on the national chairman of the APC, Adams Oshiomhole, but goes ahead to absolve Buhari. This, critics say, is because he is banking on soliciting for the president’s support in winning his senatorial election.

Governor Okorocha betrayed the above postulation when he said, “In spite of the fact that my aides are leaving the party, I am still a member of APC and will not leave the party… President Buhari is not behind the injustice done by the party in the state but Oshiomhole is solely responsible for all the injustice meted to my people in Imo State… For me, I am still a member of APC. Buhari still remains my candidate and I will support him.”

The APC, through its national publicity secretary, Lanre Issa-Onilu, described the governor’s aides defection as placing “individual interest above party and national interest.”

Observers argue that this ‘selfish’ description fits Okorocha and Amosun whose remaining in the APC was because they’d gotten their senatorial ticket from the party.

With his loyalty for the APC now divided, Okorocha has vowed to work for the victory of Nwosu; same thing with Amosun whose preferred candidate, Akinlade, would be flying the gubernatorial flag of the APM.

This scenario is not new to the Imo governor. In 2011, Okorocha ran for governorship on the platform of the All Progressive Grand Alliance (APGA) and won but two years after in 2013, he would dump APGA for the newly formed APC, winning his reelection in 2015 on the APC platform.

In an interview this year the national chairman of APGA, Victor Oye, said that it was his party, not Okorocha, that won the 2011 election, and that the electorate voted for APGA, and not Okorocha; but with Okorocha going ahead to win his reelection using the APC, observers believe that he won both elections on the strength of his own popularity.

There are other instances where a politician used a relatively unknown political party to win reelection, buttressing the argument that what won Okorocha his first election and reelection was not the political party, but how popular and acceptable he was to the people of Imo state.

But today’s scenario is different from 2015. The opposition against Okorocha, even amongst those who had earlier joined him to defect from APGA to the APC, coupled with a determined party national chairman bent on winning the 2019 governorship election for the ruling party, is strong, such that critics doubt that Okorocha can repeat his 2015 feat.

This prevailing sentiment is the same in Ogun state. It remains unclear how Amosun intends to match the force his party would deploy in the state.

An official of APC in Ogun state told THISDAY off the record in an earlier interview that the leadership of the state chapter of the party remains united and will not join the aggrieved governorship candidate and the 26 state House of Assembly candidates in defecting.

According to the source, their defection to the APM will not diminish the fortune of the APC in the state in the upcoming 2019 general elections.

The ruling party retains this optimism as well. Reacting to their leaving the APC, the national publicity secretary, Issa-Onilu, said “They won’t threaten our chances especially as many more people joining us have continued to see APC as a party standing on solid and higher ground for the generality of the people.”

Judging by the aggressiveness with which the APC has used in executing recent elections, namely the 2018 Ekiti and Osun gubernatorial elections, and the Kwara and Bauchi bye elections, observers believe that Okorocha and Amosun do not stand a chance opposing the ruling party.

How Nigeria Can Unlock the Mysteries of Science, Technology and Development

How Nigeria Can Unlock the Mysteries of Science, Technology and Development 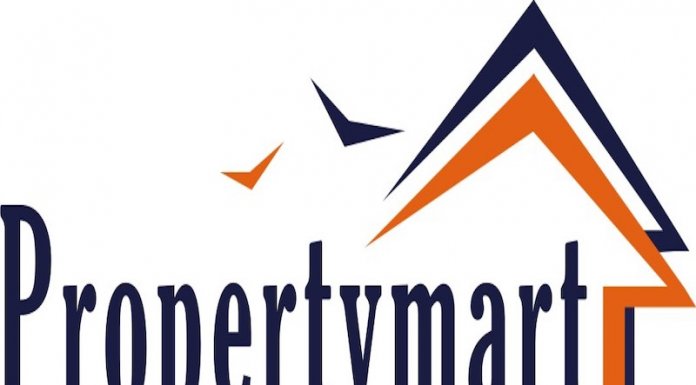