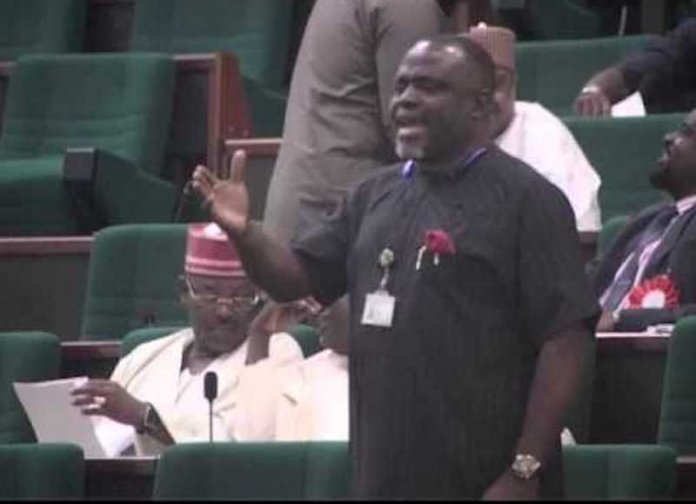 A lawmaker in the House of Representatives, Hon. Ehiozuma Johnson Agbonayinma, has alleged ongoing plot by some elements in the Nigerian political framework to remove Vice President Yemi Osinbajo from office.

But in a swift reaction, the chairman, House of Representatives Committee on Media and Public Affairs, Hon. Abdulrazak Namdas, said the information given by the lawmaker is untrue.

Addressing journalists at th media centre of the House of Representatives yesterday, Agbonayinma called for caution over what he described as a campaign to smear the office of the vice president by those he tagged “disgruntled politicians and some media houses,” said some undisclosed persons are collecting signatures to allegedly sack the number two citizen on the grounds of alleged infraction in the spending of National Emergency Management (NEMA) funds.

According to the All Progressives Congress (APC) lawmaker representing Egor/Ikpoba–Okia federal constituency of Edo State, “It has become necessary for me to add my voice to the call of many Nigerians on the purported campaigns of calumny by some political gladiators and media houses (fake news) against the office and person of the Vice President of the Federal Republic of Nigeria, Professor Yemi Osinbajo (SAN) on spurious allegations of corrupt practices levied against him.

“Aware that signatures are being collated for the removal of the vice president, the reason is because of the outcome of the NEMA investigation.

“For the records, the issues raised in the probe on NEMA had to do with misappropriation of funds by the director- general and the day to day running of the agency vis-à-vis financial spending, procurement processes among others.”

“I am appealing to them to sheath their swords. I enjoin them to continue to do only those things that will promote peace, unity, happiness and prosperity of Nigeria.

“I urge us not to heat the polity as elections draw nearer. We must shun tendencies and actions that divide us, our campaigns and actions must be driven by issues and policies and not by prebendal politics,” stressing that “We are more united as a people with love and service to humanity than tribe and planting seed of discord,” the Edo lawmaker said.

No Plan to Sack Osinbajo

In an official reaction to the purported plot to sack the vice president, the chairman, House of Representatives Committee on Media and Public Affairs, Hon Abdulrazak Namdas said the information given by the lawmaker is untrue.

THISDAY also gathered that Agbonayinma had been summoned by the Speaker, Hon. Yakubu Dogara, to explain the source of the information he gave the media.

Finance Minister: Only Moribund State Assets will Be Sold to Fund Budget