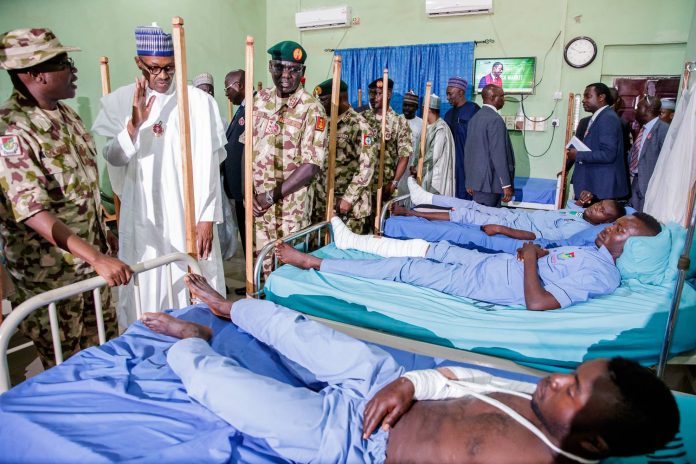 President Muhammadu Buhari yesterday toughened the fight against terror, ordering immediate procurement of essential military equipment that could enhance the effectiveness of the soldiers at the theatre of war in the North-east.

The president also directed the Chief of Army Staff, Lt.Gen. Tukur Buratai, to return to the North-east and remain there until the situation improves even as the Commander-in-Chief ordered the promotion of senior officers who are due to move up to their next rank.

The series of orders were a corollary of his earlier demand for a containment plan following Boko Haram attack on 157 Task Force Battalion at Metele, Borno State, during which 23 soldiers and their commander were killed a couple of weeks ago.
The Chief of Defence Staff, General Gabriel Olonisakin, and the army chief were also mandated to effect leadership changes in operational commands across the nation.

These decisions were contained in a statement by the Public Relations Officer to the Minister of Defence, Colonel Tukur Gusau, at the end of the Army Council and Navy Board meetings held in Abuja yesterday.

The meeting was presided over by the Minister of Defence, Brig. Gen. Mansur Dan-Ali (rtd).
The presidential directives, according to the statement, were anchored on the federal government’s policy of procurement from original manufacturers on “government to government basis.”

“The Minister of Defence, Mansur Muhammad Dan-Ali met with the CDS and Service Chiefs today Monday 3 December 2018 at the Ship House, Headquarters of Ministry of Defence and consequently directed the Chief of Army Staff to remain in the North-east until security situation improves.

“Similarly, the General Officer Commanding the 8 Division, Nigerian Army was also directed to relocate his Tactical Headquarters from Sokoto to Gusau, Zamfara State to oversee the conduct of Operation Sharan Daji.

“The Council/Board also considered and approved the promotion of qualified senior military officers to their next higher ranks. In a related development and a show of concern to the welfare needs of members of the Armed Forces, the President, Commander-in-Chief of the Armed Forces has directed the enhancement of the welfare of troops particularly those serving in operational areas within the country.

“The Chief of Defence Staff and Chief of Army Staff were also mandated to effect changes in the operational commands of Operations Delta Safe in the Niger Delta, Lafiya Dole in the North-east, Sharan Daji in Zamfara and Katsina States and Awatse in the South-west.

“This is to enable them meet up with the current threats and security challenges in their areas of responsibility.”
Meanwhile, Buratai, at a dinner for the troops of the Armed Forces Special Forces Battalion (AFSF Bn) and Army Headquarters Strike Group in Maiduguri, stated that the Armed Forces of Nigeria and other security agencies were now fighting terrorism as insurgency had long gone.

Boko Haram terrorists, he said, had no claim to any territory in Nigeria.
He, therefore, implored them to put to good use the tactics acquired during their special forces training in order to flush out the remnants of the terrorists.

He emphasised that, adequate attention would be given to in-theatre training, and intelligence gathering and capabilities of personnel would be enhanced.
Buratai also urged them to “maintain the peace in the country, support other security agencies and defend the democratic system as every commander is already aware of what is expected of them especially, in the upcoming general elections of 2019.” 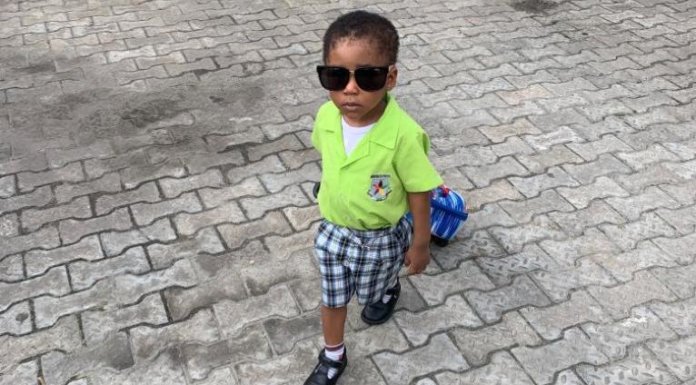