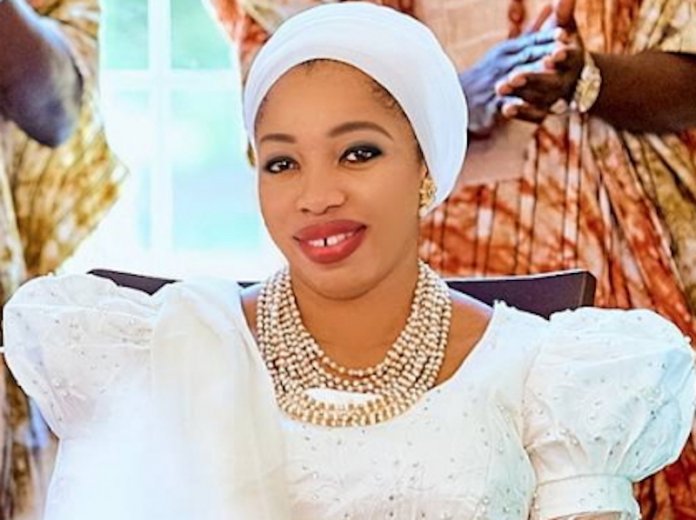 The foregoing describes beautiful Zainab Otiti, ex-wife of His Royal Majesty, Oba Adeyeye Enitan Ogunwusi, as she is said be considering giving marriage another shot.

A source disclosed that the light-complexioned lady, who has been shuttling the Middle East and Nigeria, is warming up to say ‘I do’ to her new heartthrob, almost a year after her marriage to the Ife monarch crashed.

Though our source failed to disclose the details of the lucky dude, investigations revealed that she has known the man for a long time. But they parted ways when she was married to Ooni of Ife. Their paths, however, crossed again after she left the palace.

It will be recalled that the Ooni got married to another woman, Shilekunola Moronke Naomi Oluwaseyi, in October, a development that has shut up naysayers, who have made him a butt of criticisms over his seemingly prolonged single status.

Shortly after this, the beautiful lady congratulated her ex-husband on her Instagram page to show that she has fully forgiven him, despite the humiliation she suffered during the divorce saga.

The developments may have proven that she has finally put the doleful experience behind her and moved on.
“They are yet to make the relationship official for obvious reasons. But they plan to do that very soon,” a source stated.