There are very few books that capture the breadth and depth of Nigeria’s contemporary leadership and development experience against the background of its history as Samuel Orovwuje’s Federalism, Leadership and Development. A collection of some of his essays, most of which have been published in Nigerian newspapers and foreign journals, Federalism, Leadership and Development provides a more than sufficient peek into the Nigerian state and its developmental challenges. Yet, it is not limited to issues about Nigeria as it delves into international relations and migration, another concurrent issue of interest across the world. Aside from the functional themes of nationhood and development, the book looks at the structural issues of federalism and explores the crisis of leadership both in Nigeria and on the African continent. Orovwuje’s kaleidoscopic panorama also touches heavily on such social issues that have engaged Nigeria’s rulers in recent years such as same-sex relationships, the Boko Haram insurgency, national security and free speech, leadership, unemployment and the ethos of nationhood. In all, through 45 essays, he dissects the Nigerian condition in a style that anyone, policy wonk or layman, can connect with.

The background of Orovwuje’s essays is situated in the state of underdevelopment of Nigeria, which has forced a robust public debate on the issues of leadership, federalism and development. This underdevelopment is suffused in the experiences of unemployment, poverty, social dislocation, fear, anxiety, economic difficulties, corruption, migration and political succession problems. In addressing these issues he frontally engages them and is not scared of speaking to the problems and offering solutions. In ‘Leaders, not Pretenders!’, the author speaks to the malaise of godfatherism, nepotism and empty campaign promises that are the bane of party democracy in Nigeria. This is an essay he wrote and published just before Nigeria’s 2015 general elections. In it he pushes the argument that the country needs true leaders and not pretenders who want power for the sake of it. He takes on the leadership selection process in the two main parties, APC and PDP thus: “Internal democracy is not respected in the APC, PDP or other parties. Internal democracy is one of the major attributes of party organisational leadership but it has not always played out in Nigeria’s space and, indeed, the emergence of the incumbent president (Dr Goodluck Jonathan) as the only PDP aspirant is also a challenge for the democratic process and the leadership question in Nigeria.” That was 2015; the same can be said of the primaries for the 2019 general elections where President Buhari ended up the sole aspirant of the APC!

The theme of leadership failure interweaves the issues of underdevelopment as seen in the essay, ‘The Common Man and the Failure of Leadership in Nigeria’: “the parochialism in the political realm has not only exacerbated the socio-political and economic disparities between the rich and poor, it has crucially also played a role in institutionalising corruption in Nigeria.” Those problems were expected to get a salve, especially with the successful transfer of power to President Buhari, a man famed for his ascetic lifestyle and Orovwuje captured the expectations and the potential pitfalls, which must now seem prophetic, as follows: “Indeed no one has a fair idea of the critical mass of this government, but it may only be a matter of time that we see the demonstration of a newfound Nigeria where courage, discipline, stewardship and indeed promise-keeping, reminiscent of Buhari’s ancestral DNA, will resonate with the election triumph. One thing, however, is abundantly clear. Unless the bogus structure of governance and the number of political jobbers that draw off the resources of the state at various levels is sorted, Buhari cannot go through with his ambitious economic reforms agenda for Nigeria. We can only hope that the Change is here.” How prophetic! But Orovwuje’s comes from deep thinking and a thorough reading of the social space, which has been his practice for over two decades now.

For Nigeria to achieve true change and development it must regularly engage its peoples in discussions on the terms of the union. That point is succinctly explored in the essays dealing with Nigeria’s corporate history and true federalism and finds expression also in other subjects dealing with the everyday problems in the country such as insecurity and forced internal migration. In them the author sees the symptoms of the main problem, which is a defective federal structure. Again, the failure of leadership connects with the problems of the political and governance structure, because the current arrangement is both unwieldy and unaccountable. He advocates a structure that promotes national inclusion while providing for the expression of the identities of the diverse nationalities at the local level. In ‘Toward a new Governance Structure for Nigeria’, which was published ahead of the 2014 National Conference organised by the President Jonathan administration, the author counsels as follows: “Nigeria should not be in a hurry to forget the disintegration of the former Yugoslavia between 1992 and 1999, which had similar trajectories like us. Therefore, the national conference should facilitate a deep-rooted and inclusive democracy where all minorities are protected.”

Throughout the book Orovwuje emphasises that elite exploitation using the instrument of state power creates social problems, pitting groups and against groups through the vehicles of propaganda, hate speech and manipulations of the levers of power. To stem the tide toward civil unrest, he canvasses that ‘politicians should be ready to make necessary compromises whenever it is required in the spirit of national interest.” (The imperatives of Social Harmony)

While majority of the essays focus expressly on issues, a few come in the form of tributes: to Chief MKO Abiola (winner of the annulled June 12, 1993 presidential election);President Nelson Mandela; Professor Ali Mazrui; Prime Minister Lee Kwan Yew; Maya Angelou and Dr.Tunji Braithwaite. These are easily recognisable names and their values will resonate with many readers, but in including a tribute to HRH Chamberlain Orovwuje, Okpara I of Agbon Kingdom in Delta State, the author brings out the point that even in our small corners there are persons who have shown commendable qualities deserving of recognition and have in their own ways tried to make a difference in their communities. The king was one such person; he “was a disciplinarian and highly principled man with a large heart that accommodated all shades of opinions, particularly from his chiefs and subjects.”

Federalism, Leadership and Development is not a textbook on those issues but a practical examination of the themes as threads that run through the essays. Broadly the 45 essays provide a deep insight into the historical and contemporary issues that collectively make up the touchstone of the Nigerian experience, a reason the book is highly recommended to anyone who seeks to understand why Nigeria is the way it is, a wasteland of development sprinkled with a  few bright stars. 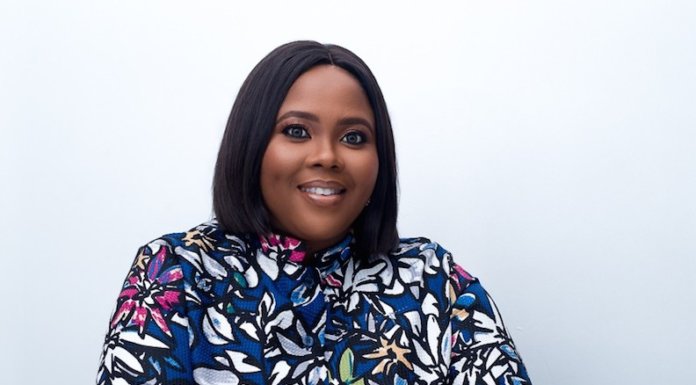