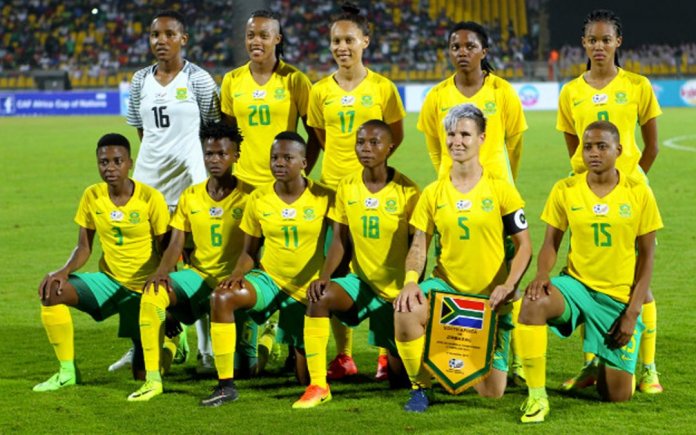 After securing a place at next year’s FIFA Women’s World Cup slated for France for the first time in their history, Banyana Banyana head coach, Desiree Ellis, is hoping to score another first for her country- to win the African Women’s Nations Cup title.

The Banyana Banyana come up against eight-time champions, the Super Falcons of Nigeria in the final of AWCON 2018 at the Accra Sports Stadium today.

South Africans book a place in the 2019 FIFA Women’s World Cup on Tuesday after beating Mali 2-0 in the semifinal, after Nigeria had earlier beaten Cameroon 4-2 via penalty shootouts.

The South African coach and her girls are however determined to hit France as the African champions.

“We are prepared, our aim was to get a World Cup slot. We have gotten it, but there’s nothing stopping us from creating history twice at this tournament. Having got this far it would be naïve not to want to win but we have to implement our plans very well,” Ellis stated during her Friday’s pre-match press conference.

Ellis will have to alter his line-up for the game against the defending champions after vice-captain of the side, Refiloe Jane was recalled by her Australian club, Canberra United.

But she is adamant Banyana can cope with her absence as there are other players good enough to step up.

A focused Ellis however failed to be lured into the thinking that her outfit will be coming into the final with an advantage simply because Nigeria played extra 30 minutes in the semi-final fixture against Cameroon.

“It will be about how badly you want it. If we’re going into a game thinking that their legs might be tired, they’ve been in this position many times, so we’re not going to take anything for granted.”

Banyana Banyana beat the Super Falcons 1-0 in their first Group B game and remain the only side yet to suffer defeat in the tournament with three wins and a draw from four games.