According to Toronto Sun Newspaper, the Edo-born boxer, who won silver medal for his adopted country, Canada at Atlanta 96 Olympics, passed away at the age of 48 and it was former world light heavyweight champion Montell Griffin, who trained with Defiagbon, that announced the fighter’s passing on his Facebook account. The paper also reported that, Mandy Evans, who has a daughter with Defiagbon, confirmed the boxer died last Saturday, adding that a service will be held on Dec. 8 in Las Vegas.

Interestingly, Defiagbon’s former coach Wayne Gordon, who had kept in touch with his fighter over the years, was supposed to meet up with Defiagbon in Las Vegas in May of 2017, the week of the Canelo Alverez-Julio Cesar Chavez Jr. fight, but after arriving in Nevada, couldn’t reach the fighter.

“He had told me before that his life was not the best,” Gordon said. “He got involved in drugs and alcohol and the night life where he was working as security guard. But the last time I talked to him, everything was sort of good. He said, ‘I got my life straightened out, I’m not drinking anymore, the party scene is behind me.’ I couldn’t wait to see him.”

At the Atlanta Games in 1996, Defiagbon edged out Frenchman, Christophe Mendy in a controversial circumstances to reach the medal zone but was beaten to the gold medal by more experienced Felix Savon of Cuba and that was the last medal Canada won till date at the quadrennial games till date.

Nicknamed ‘The Dream’ joined the Canadian train after meeting with national team coach,Taylor Gordon (Wayne’s father) when the Canadian boxing team touched down in Nigeria during a tour of Africa in 1989. Defiagbon had won a gold medal for Nigeria at the 1990 Commonwealth Games in Auckland, New Zealand (beating Canadian Greg Johnson in the final), but desperately wanted to escape the poverty and brutal military government of Nigeria.

The chance to elope from Nigeria came at the 1992 Barcelona Olympics, the Nigerian boxer saw Taylor Gordon at the athlete’s village, dropped to his knees and begged him to take him to Canada.

“There must have been 200 people there and all of a sudden I have this 6-foot-5 guy grabbing me around the legs and begging for my help,” Gordon told the Toronto Sun’s Jim O’Leary in 1996. “He had tears running down his face,” the Toronto paper recalled.

The former Canadian navy man came through, arranging Defiagbon’s passage to Canada, where he moved in with Wayne Gordon and his family in Halifax. Defiagbon received his Canadian citizenship in time to compete for the Great White North at the 1996 Olympics.

After those games, Defiagbon turned pro and his career as a prize fighter lasted until Jan.15, 2005 when he suffered a TKO loss to Juan Carlos Gomez. 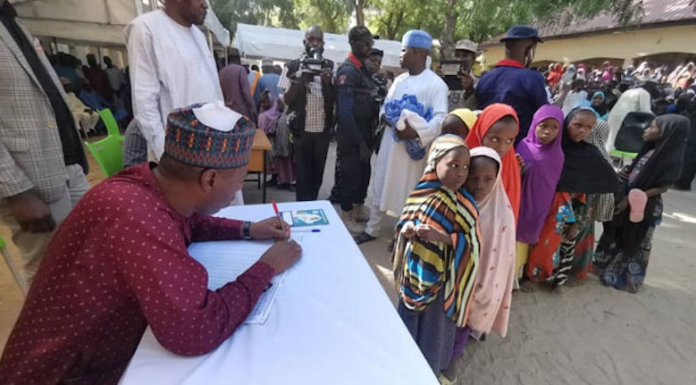