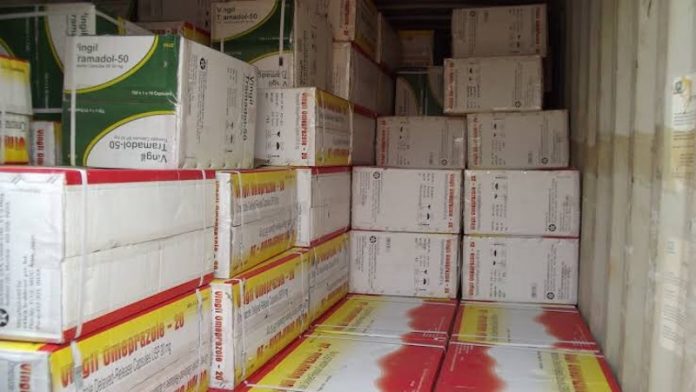 World over, security agencies thrive on intelligence reports. Often times, these intelligence reports require diligent follow ups and patience in tracking it through. For the National Drug Law Enforcement Agency (NDLEA), it was no different. The intelligence report they received about some containers fully loaded with illegal drugs like Tramadol designated to land in Nigeria came over a year ago.

While bidding their time, they tracked the containers unknown to the importers. The containers, which were on the watch-list of NDLEA since November 2017 were brought to the Nigeria Customs Service (NCS) for search based on the agency’s reasonable suspicion of the containers. Based on that intelligence report, the NCS dropped 28 of 62 containers slated for search, among which 12 of them were found to contain Tramadol, said to worth about N340 million.

The discovery was made public by NDLEA Head of Public Affairs, Mr. Jonah Achema, who said the tablets which were in various dosages ranging from 120 milligrams to 250 milligrams, were recovered from 12 containers in Apapa port.

According to Colonel Muhammad Abdallah (retd), Chairman, NDLEA, it is doubtful that this influx of Tramadol is for legitimate use. He said: “Tramadol, which is a derivative of Opiate is for post-surgery application but even if everybody in Nigeria undergoes surgery every year, we do not need the quantity that enters our country. It only suggests their diversion for illicit use.”

These seizures are worrisome because in Nigeria, painkillers like Tramadol and Codeine have become the rave for recreational drug users. While others opt for Codeine, a cough syrup, the rave of the moment however is tramadol, an over the counter pain medication, because of its availability and low pricing.

Worrisome Trend
As if the recent discovery by NDLEA was not worrisome enough, the recent confessional statement of a suspected cultist, simply identified as Tolu, on the alleged stockpiling of illicit drugs by dealers, has further compounded already existing fears on the menance of illegal drugs on the society.

Tolu, who was arrested and paraded by the police in Lagos along with other suspected members of the notorious ‘Awawa boys of Agege’ in his confessional statement had revealed the possibility of the massive importation of Tramadol and Codeine by some businessmen.

In his confessional statement he alleged that dealers have placed order for the importation of Tramadol and Codeine, going by the rate of its acceptance by the youths. The 17-year-old regaled journalists how drug dealers are now stockpiling their shops with Tramadol and Codeine ahead of the Christmas and New Year celebrations.

The suspect alleged that most dealers have stocked their warehouses, adding that most of the buyers are youths. He said: “Most drug dealers and their agents are determined to distribute Tramadol to various areas. I sell and also use Tramadol and Codeine at times.

“Buyers are not allowed to go away with the packs. Each satchet is sold to known customers in order not to attract attention. In Agege, cart pushers are the highest users Tramadol.”

His revelation was consistent with past ones, which had revealed that narcotics are shipped into Nigeria using carried variety of ships, from normal commercial or fishing vessels.
Investigations have indicated that

Past investigations carried out around the Apapa Ports indicate that while trafficking routes manned by narcotic agents have continued to change inline with intelligence report, small ships laden with drug cargos often drop their anchor outside Lagos waters, while small speed boats are used by dealers to go and pick the consignments at sea. This was further collaborated by a confession by a chandelier who said those who are into trans-shipment of cargoes at sea are often involved in drug deals.

The recent upsurge in the clamour for such illicit drugs has necessitated a call to action for all Nigerians and those in authority. This recent developed prompted Achema to give a renewed call for nationwide action against drug abuse.

He however added that narcotics agents have intensified efforts at clamping down on wholesale and retail outlets for illicit drugs. He said the renewed effort accounted for the seizure of over N300 million worth of Tramadol at the port.

“The intelligence available to the agency was passed to the Nigeria Customs Service (NCS) in the spirit of inter-agency cooperation. Two of the suspected containers first arrived at the Apapa Port late last year, followed by another 12 until a total of 62 of them later berthed. The agency’s vigilance made it difficult for the importers to divert the deadly consignments.

Achema said the crackdown on the importation of illicit Tramadol was as a result of the pervasive abuse of the drug by the populace. He added that the NDLEA had in 2017 reached out to National Agency for Food and Drug Administration and Control (NAFDAC) for an appropriate template for the suppression of the worrisome supply and abuse of Tramadol.

“There was a consensus between the two drug control agencies that the only authorised oral dosage strengths for the market are 50 mg and 100 mg and that any higher dosage is not approved for use in Nigeria and should not be in circulation in the country. This makes any Tramadol tablet in excess of 100 mg an illicit drug over which only NDLEA has the statutory mandate to seize.

“NDLEA also has the mandate to investigate and prosecute the offenders. The Tramadol tablets discovered so far are purely illicit, in various dosages ranging from 120 to 250 milligrams, are above the permissible threshold of 50 and 100 milligrams. The drug consignments are with all the trappings of illicit drug trafficking. They were imported from India using false documents in the name of an unregistered company.

“As the search continues, it is only hoped that inter-agency rivalry will not overshadow the need to bring this illicit drug criminals to book in the overall interest of the nation.” 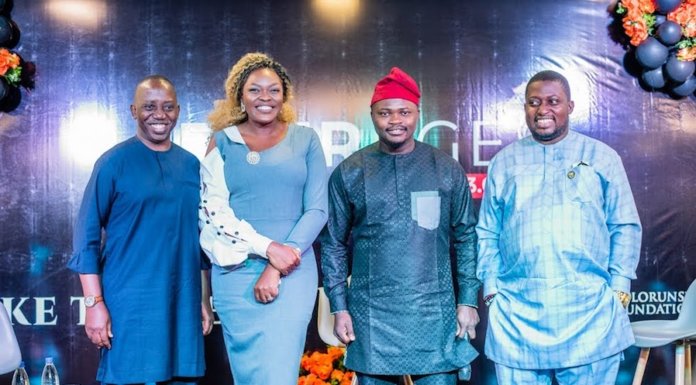